Iran Fires Missiles At U.S. Consulate In Iraq But Biden’s Hands Are Tied As U.S. Pursuit of Nuclear Deal Looks 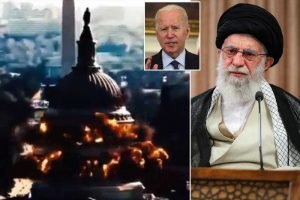 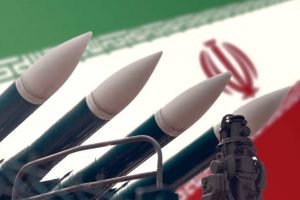 Cruise missiles on the background of the flag of Iran. The concept of a military conflict in the Persian Gulf. The threat of war. 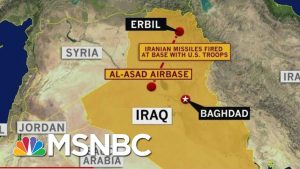 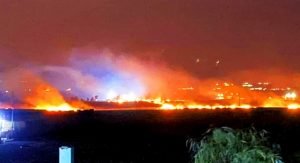 With the U.S. About to Reenter the Iranian Nuclear Deal…

A dozen missiles were fired Sunday at the U.S. consulate in Erbil, Iraqi security officials said. Iran’s Revolutionary Guards Corps (IRGC) has now claimed responsibility for the attack which it said targeted “secret Israeli bases” in the northern Iraqi city.

Iran Attacks US Base
Erbil, Iraq

At least 12 ballistic missiles were fired, believed to be Fateh-110 SRBM. An Iranian state TV correspondent reports that in addition to the US embassy, the missiles were targeting Israeli spy agency, Mossad training facility inside the US Army base. According to the US officials the attack may have been in retaliation for an Israeli airstrike in Syria on Monday that killed two Iranian officers in Syria. There are no immediate reports of U.S. retaliation for the reported attacks.

Why No U.S. Response?

Can you believe this!

In the midst of the negotiations with Iran over reentering the pro-Iranian nuclear deal, Iran decides it would be appropriate to fire on the United States Consulate in Iraq with 12 missiles! Iran understands that Biden is so desperate to get an agreement with Iran after months of nuclear deal negotiations that even bombing them won’t slow Biden’s team down from selling out America and Israel to the enemy!
For behold, your enemies make an uproar; those who hate you have raised their heads. They lay crafty plans against your people; they consult together against your treasured ones.

Nuclear Threats From Ayatollah on Israel… During Negotiations… again!

Just like during the midst of the last round of negotiations to approve Iran’s nukes, once again we see the Ayatollah clearly reminding world leaders of the Apocalyptic purpose behind their nuclear program. The Iranian leader’s mouthpiece, Kayhan newspaper, wrote in its editorial (March 10) that:

“the time has come to teach an unforgettable lesson to the Zionist entity during the few years left until its eventual eradication from Palestinian land. Israel is wrong if it thinks its nuclear weapons will save it from destruction… In fact (the reactor) in Dimona is an Achilles heel of Israel and is the one that will eventually lead to its destruction.”

Russian Negotiator
“Iran got much more than anyone ever expected”
In an attempt to sway Iran, ‘the Biden administration has already begun lifting some sanctions from Iran and unfreezing billions in assets’ – Retired Lieut. Gen. Keith Kellogg  on ‘Sunday Night in America.’

The lead Russian negotiator for the Iranian nuclear negotiations spills the beans on twitter. Mikhail Ulyanov has been bragging about how Russia, Iran, and China teamed up to deliver huge wins for Iran’s nuclear program in the Vienna negotiations.

Iran, Russia, China, Growing Bolder!
They Know Biden Won’t Use Force Against Them
The evil triangle of Russia, China and Iran ganging up on America with a pretend and weak president Joe Biden will continue to harass America and assault American interests and belittle our credibility during the days of this sad administration.
Netanyahu urges every American to
WATCH THIS VIDEO 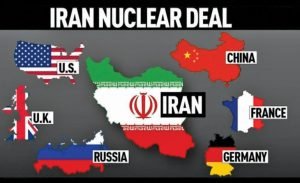