In A time Of Utmost Peril For The Jewish People, Esther Bravely Stepped Forward. Will Christians In 2020 Do The Same Thing?

We learn that Esther was chosen for ‘such a time as this’ and she doesn’t shrink back from accepting her most important role of saving her people.

But what about, you, Christian?

Our country is in turmoil. Will you act on behalf of your country?

America needs men and woman with the courage of Esther to take action by going in before King Jesus to seek His face and declare your commitment to rescue your people. Are you praying for America and the President? Are you asking God to overturn the enemy at the gates and to pour His Spirit on His people? Are you asking God what you can do ‘at such a time as this’ for your family, church, city and for our nation in 2020? Are you doing something to count the cost as did Esther who risked her life to save her people?

Oh, how we thrill to read all the action, excitement and adventure that’s jammed-packed into the little book of Esther in the Old Testament. The motivational speech that Mordecai gives her, prompting her to risk her life to speak with the king, the dark subplots of Haman, replete with watching him hang on his own gallows to receive the reward of his evil deeds. My, oh my, but that little book of Esther is exciting! Do you think God has nothing reserved for YOU in 2020 to accomplish for His kingdom?

13 And Mordecai told them to answer Esther: “Do not think in your heart that you will escape in the king’s palace any more than all the other Jews. 14 For if you remain completely silent at this time, relief and deliverance will arise for the Jews from another place, but you and your father’s house will perish. Yet who knows whether you have come to the kingdom for such a time as this?” Esther 4:13,14

Esther is a woman of destiny and so are you. God needs people to plead for our nation AT THIS VERY HOUR! Will you answer the call to sacrifice time and energy and to fast and pray against all that is happening in our land? God needs fearless men and women to stand in the gap between the destruction of America and advancing God’s plans for America as the light of the world and the protector of Israel in the end times. This is our moment ‘for such a time as this’ to not shrink back but move God’s purposes forward in 2020. America is gasping for help and needs modern-day Esther’s who will go in before the King and pour out their heart for His mercy and for the future of our nation.

But what about, you, Christian? Will you answer the call to step forward for the Lord as did Esther? 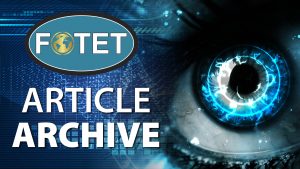 Unmasking the Mask with Video by Dr. Kelly Victory