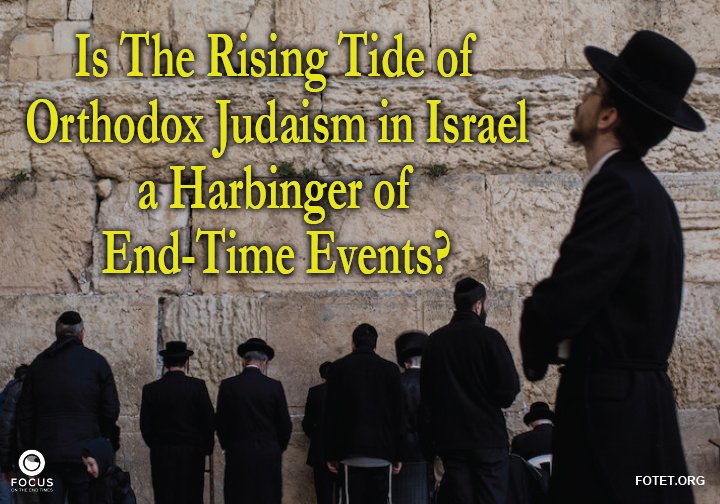 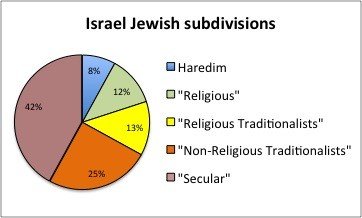 Religious Jews (Orthodox) in Israel are growing in number and influence. As a group they lead the nation in annual child-birth rate. They are now shaping foreign policy and have become one of Israel’s strongest political blocks as evidenced by Israel’s do-over 2019 election now rescheduled for Sept. 17, 2019.

The rising tide of Orthodox Jews is a sign we are growing closer to the Tribulation. Remember, in the generation before the Rapture, Israel’s religious leaders will be pressing the government to build the Temple and re-institute the priestly animal sacrifices as described in Daniel 9:27.

The Rabbi’s will be heralding the coming of Messiah and demanding respect for Sabbath laws and Israel’s Civil Laws to give way to Torah laws (Mosaic Law).

While the majority of Jews in Israel remain secular, Israel’s Orthodox Jews are increasing and influencing the very things that God will use in the first half of the Tribulation to win them to Christ.

It’s likely that the Orthodox Jews in Israel today will be the first converts to Jesus in the Tribulation and make up the 144,000 servants of Christ spoken about in Revelation 7 and 14.

We will have a lot to say about this at class this Tuesday as we discuss Israel’s Covenant with Antichrist and the building of the Temple.