Highlights of Biden’s Trip to Israel! Prophecy in the News! Will the Russia-Ukraine War become the Battle of Gog and Magog and more! 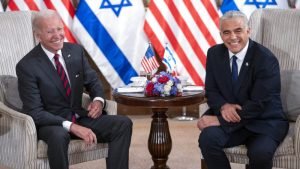 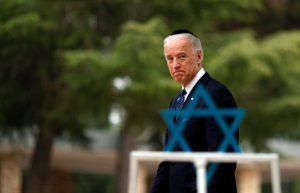 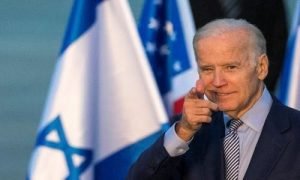 Prophecy In The News This Week

Note: There is so much news in relation to Bible Prophecy this week, I’ve decided to include multiple current events articles here, all at once.

In a UAV strike this past Tuesday, the US assassinated the leader of ISIS in Syria, while severely wounding another senior ISIS official who eventually succumbed to his wounds.

The two terrorists were traveling outside Jindayris in northwest Syria at the time. Maher al-Agal was responsible for many attacks within the country, and was developing ISIS outside of Syria and Iraq. “The removal of these ISIS leaders will disrupt the terrorist organization’s ability to further plot and carry out global attacks,” said CENTCOM spokesman Col. Joe Buccino.

President Joe Biden landed in Israel Wednesday, arriving with a record low approval rating of 33% and a 40-year high inflation rate of 9.1%. He is destroying the American economy.

Yet, with that record and the knowledge that nearly two-thirds of those in his own party don’t want him to run again in 2024, he did his best to tell Israel how he will help them make everything happy with the Palestinians.

While there, he pushed the two-state solution and reaffirmed his intention to open a Palestinian Consulate in Jerusalem, a slap in the face to the Israeli government.

There have now been 12 US presidential visits to Israel. One each from Richard Nixon and Jimmy Carter. Bill Clinton came calling 4 times, George W. Bush (twice), Barack Obama (twice) and Donald Trump (once).

Out of all these, none – not even Trump, Israel’s best friend ever in the White House – attempted to verbalize support for the Jewish state as did President Joe Biden on this trip. He appears to model the spirit of Antichrist who will “come in peaceably” with many flatteries (Daniel 11:32) and woo Israel with promises of peace and security before turning against them and seeking their extermination.

Today he’s in Saudi Arabia. While there, he will meet with Crown Prince Mohammed bin Salman, a man he once said must be held accountable for the killing of journalist Jamal Khashoggi. That get-together could be awkward. I do not expect that Biden will receive the same kind of celebratory reception when he arrives as did President Trump.

Russia continues to strangle Ukraine. Moscow has taken over 22% of the agricultural land and has burned wheat fields in other parts. The 20% of Ukraine that Putin already controls contributes approximately half of the nation’s GDP. If they take the districts of Mykolaiv and Odessa, Ukraine will be left with only 25% of their GDP and no seaports for trade.

The Ukraine war continues to have a crippling effect on the world’s food industry and economy.

Moscow’s relationship with other Central European nations continues to deteriorate. On Monday, the Russian #KILLNET hacking network launched a cyberattack on the Polish Tax Authority causing all sorts of havoc. Tensions with Lithuania were continuing to grow as the Baltic country expanded its restrictions on goods that they would allow to pass through to the Russian exclave of Kaliningrad.

However, just yesterday, the EU caved to Moscow’s pressure and said that it was okay for Russian goods to travel through Lithuania by rail to Kaliningrad. The Vilnius government, which had only been following the EU’s sanctions, breathed a sigh of relief and said that it would not ignore “the positions and assessments” of the other nations.

The Battle of Gog and Magog in Ezekiel is simply the prophet Ezekiel unpacking the story of the Battle of Armageddon which takes place at the end of the Tribulation not during the Church-Age. We should not assume Russia’s actions are a fulfillment of Bible prophecy. To hear my teaching on the Magog Invasion go  HERE.

Turkey, Iran and Russia: Next Tuesday, Russian President Vladimir Putin will travel to Tehran, where he will meet with Turkish President Recep Tayyip Erdogan and Iranian President Ebrahim Raisi.

One of the primary purposes for the trilateral summit is the boosting of economic cooperation with Iran. The ties between these countries continues to grow.

Just on Monday, US National Security Advisor Jake Sullivan announced that Iran was preparing to provide several hundred military drones to Russia for use against Ukraine. Over just the past several weeks, 25 military cargo flights have been conducted to Russia from Iran.

Iran continues to supply arms to its proxy militias in Iraq and Syria. However, the actual delivery of these supplies isn’t always successful. On Saturday, a shipment from Iran that had passed through Iraq was destroyed in Deir a-Zor, Syria. In other Iranian weapons news, Iran has reached the capability for the 90% enrichment threshold needed for nuclear bombs. This adds them to the list of other threshold countries who have the technology and resources for nuclear weapons, but has not taken the step of building them yet.

Ahmad Sales, member of the Popular Defense militia that is connected to Hezbollah in the Golan area, was assassinated in southern Syria. It appears to be an Israeli targeted killing.

Finally, on Tuesday, the Israeli Air Force and the Greek Air Force conducted another joint training simulation. The exercise included both air-to-air combat, as well as refueling operations. While already enjoying close diplomatic relations, the two countries are drawing even closer as they see great opportunities ahead in the area of energy.

Thank you again for your prayers and your financial support of this ministry.

Attention all FOTET friends, you are invited to join us next spring for our tour of Israel. We will also be visiting the country of Jordan where you will experience the amazing rock city of Petra and here my teaching on, “Six reasons why Petra is likely where God protects the Jewish remnant during the Tribulation.”

The dates are April 25-May 6, 2023. We would love you to join us on this trip of a lifetime. You can reserve your seat  HERE  while we still have room.

We are looking forward to our next teaching on August 9 from the prophet Zechariah which I’m now calling Part One!

Chapters 12-14 are packed with such a sweeping overview of end time prophecy events, from the modern wars of Israel through the Tribulation and into the Millennial Kingdom, that it will take multiple classes to cover these wonderful chapters. Please read Zechariah 12-14 and discover what a blessing they are.

We are grateful to everyone for the positive response to the “Fill The Tables” challenge to help the ministry grow in 2022. We are living in a fascinating period of the last days and people are hungry for truth about our upside-down world.

Bible prophecy is not like fortune-telling, which is occasionally accurate but most of the time not. God’s requirement was that a prophet be accurate 100 percent of the time or be stoned to death (Dt. 18:20–22).

God has called our ministry to teach Bible prophecy which is serious business making up some 27% of scripture. Sadly, the topic of prophecy is neglected by most pulpits today even though preachers are commanded to “preach the whole counsel of God.”

During these next couple weeks in particular we would appreciate your intercession.

Blessed be the God and Father of our Lord Jesus Christ, the Father of mercies and God of all comfort, who comforts us in all our tribulation, that we may be able to comfort those who are in any trouble, with the comfort with which we ourselves are comforted by God. 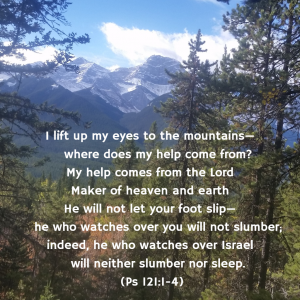