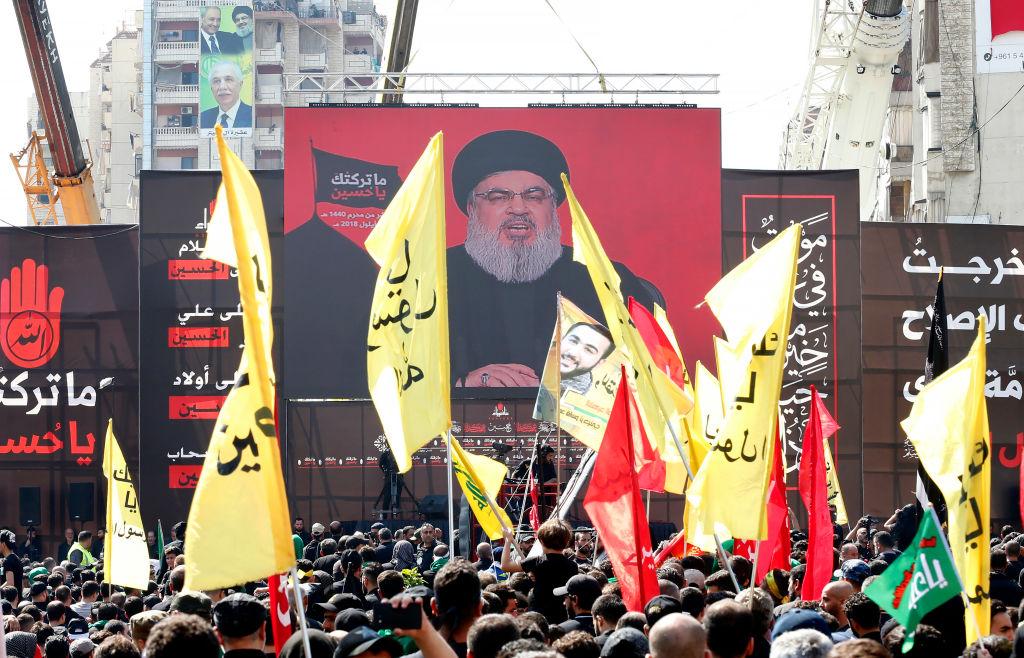 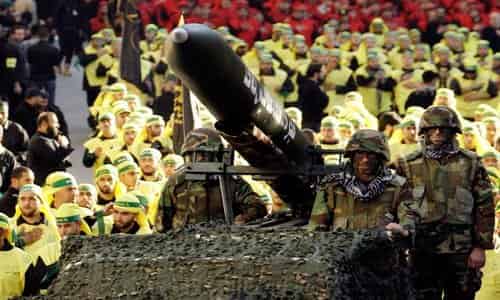 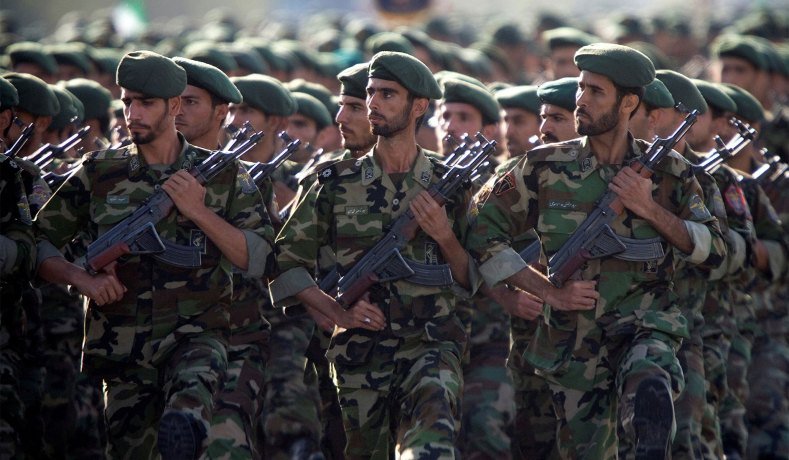 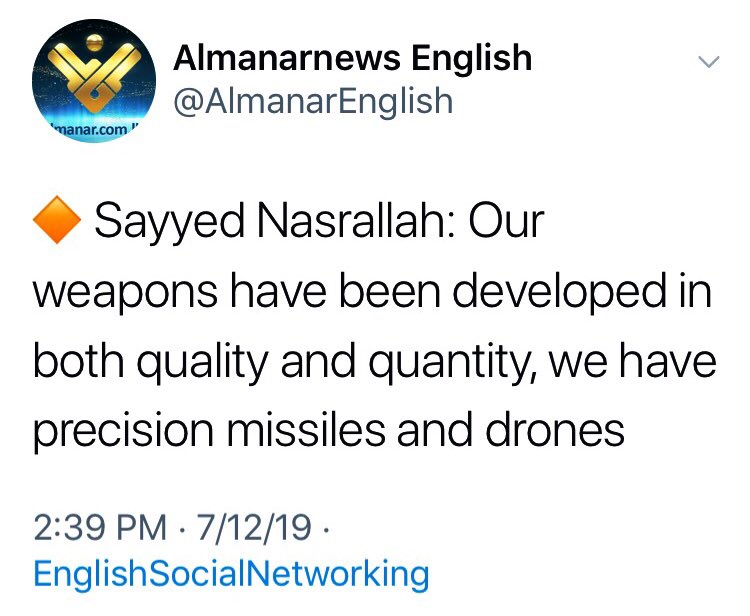 The threats came in a televised speech, serving as a reminder of the ambitious arms race that the Shiite terror army is engaged in, with the massive assistance of its state sponsor Iran.

The Lebanese Hezbollah is the world’s most heavily armed non-state actor, and its surface-to-surface firepower arsenal — estimated at around 150,000 projectiles — is larger than most state armies.

The IDF’s main war preparations focus on the offensive and defensive operations needed to deal with this threat. 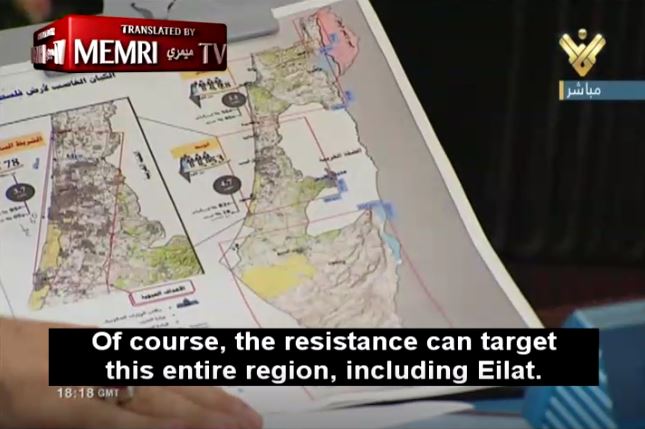 On July 12, Nasrallah told the Al-Manar television station, affiliated with his terror organization, that Hezbollah has improved its offensive capabilities.

Displaying a map, he threatened strikes on strategic Israeli targets including Ben-Gurion International Airport, the Dimona nuclear facility, a power plant in Hadera, Ashdod sea port, and ammonia tanks in the city of Haifa. Hezbollah makes no distinction between civilian and military targets, and has made the goal of terrorizing Israeli civilians a top priority in future wars.

Nasrallah also threatened to hit the IDF headquarters in the heart of Tel Aviv, as well as a series of air force bases.

Hezbollah built up its arsenal by smuggling projectiles into 200 southern Lebanese villages, as well as launch sites in the Bekaa Valley in east Lebanon. It therefore has embedded its firepower in the heart of Lebanese communities, turning Lebanese civilians into human shields if Israel needs to target launch sites and bases.

The projectiles are manufactured by Iranian arms factories, as well as joint Iranian-Syrian weapons factories in Syria. The Iranian Quds Force is responsible for smuggling the weapons into Lebanon.

This arsenal is mostly comprised of short-range rockets with a 45 kilometer (about 28 mile) range, but it also includes thousands of mid-range rockets that can reach central Israel, where the majority of Israel’s population lives, and which is home to the country’s economic hub. In addition, Hezbollah has several hundred long-range rockets, and dozens of ballistic missiles.

Just before the Second Lebanon War broke out in 2006, Hezbollah had around 11,000 rockets — less than 10 percent of what it has today — the vast majority of which were short-range.

Hezbollah’s top goal is converting its rockets and missiles into guided weapons. Stopping that from happening has become a top Israeli national security priority.

With Iran’s help, Hezbollah has repeatedly attempted to set up “conversion factories” that install GPS guidance kits in unguided missiles and rockets. “Relevant components are transported from Iran to factories in Syria and Lebanon, either by land, or by air via Damascus, using civilian aircraft,” a recent report by the British Israel Communications and Research Center said.

According to an assessment by the Meir Amit Intelligence and Terrorism Information Center, “Nasrallah’s threats express his growing self-confidence (and of his sponsor Iran), based on the significant improvement in Hezbollah ‘s offensive capabilities since the Second Lebanon War. Those capabilities are a function of a large arsenal of rockets and a relatively small number of precision missiles that cover strategic targets in Israel.”

Yet Nasrallah’s arsenal is significantly less precise than what he and the Iranians would have wanted it to be by this stage.

This is due to the determined, mostly low-profile Israeli campaign to disrupt the Hezbollah arms build-up of guided projectiles, whether by stopping the production and trafficking of such components in Syria, or by issuing clear warnings that missile precision sites Lebanon need to cease their activities, or face attack.

Israel holds that it is essential to act now to stop Hezbollah from gaining precision destructive firepower, rather than wait and face weapons that can change Tel Aviv’s skyline in a future war. 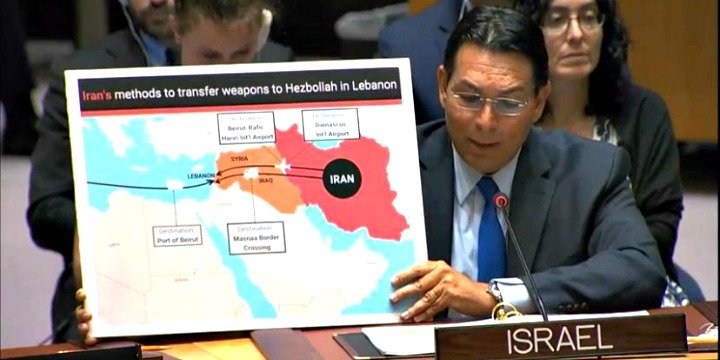 Pray for the peace of Jerusalem

Over the last six years Israel has foiled Iranian attempts to build bases in Syria, and stopped them from building thousands of projectiles, from bringing in jets filled with military equipment, and the IRGC from bringing tanks into Syria.

It’s not “if” a conflict will come against Israel, but when will it arrive!

The Hezbollah threat, and the direct Iranian threat remain intact keeping Israel preparing day and night for the next conflict.