Hatred, Enmity, Ethnic Cleansing, Rape, Jihad and Genocide, All Features In The Empire of Antichrist And On Display Today! 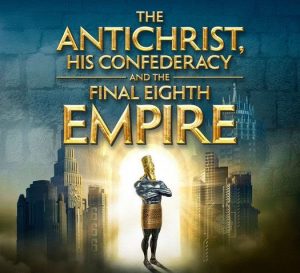 When The Beast Arrives

The most common term for the Empire of Antichrist in the book of Revelation is “beast” where it appears some 36 times. Revelation picks up the term from Daniel 7 where the prophet Daniel uses it to portray the Gentile empires that would follow Nebuchadnezzar’s Babylonian Empire.

Thus far in our studies of the Empire of Antichrist we have determined that the precise identity of the beast is the revived Ottoman Caliphate that fulfills Revelation 17:9-11 as Satan’s 8th and final empire.

When the Caliphate returns after being dormant for 100 years, it may best be described as “ISIS on Steroids” except this time around, when the Jihad conquering begins in the Tribulation, the Ottoman Islamic State will be led by the unholy trinity of Satan, Antichrist and the False Prophet not Bakr al-Baghdadi, the self proclaimed leader of the ISIS Caliphate.

The UNHOLY TRINITY is described as follows,

According to Daniel and Revelation the beast is unstoppable! Antichrist and his forces who will be powered by the enemy become so overwhelming they never experience defeat until crushed by Jesus at His Second Coming.

During the unstoppable wars in the Tribulation, the Ottoman Caliphate’s methodology will not have changed since its barbaric 500 year rule from 1453 to 1922.

The Ottoman rule began with genocide against the Romans in 1453 when they slaughtered 10’s of 1,000’s in it’s conquest of Constantinople and the Ottoman rule ended with genocide of the 1-million Armenian’s in the waning days of WWI. The Islamic Caliphate was purely satanic then and will be 7 times worse in the Tribulation!

The horrors the world will soon face is beyond comprehension as Antichrist assaults one nation after another beginning in the Middle East using hatred, enmity, rape, servitude, ethnic cleansing, jihad and genocide.

Islam is NOT the “religion of peace” as Obama/Biden and George Bush would falsely have us believe. That’s a sad attempt to cover the bloodshed commanded by the Quran.

Revelation 17 coins the religious system of Islam as the “MOTHER OF HARLOTS” which is released under the sovereignty of God to set up mankind’s judgment and fulfill Jesus’ prophecy in Mt. 24:21 of the worst period in history.

As a reminder of it’s evil nature, we see all these features prominently displayed in the genocide taking place in Africa today.

While much of the church thinks Antichrist is a man of peace who will rise from Europe, the spirit of Antichrist is already here on full display in the theatres like the Middle East and North Africa. And it’s not pretty. 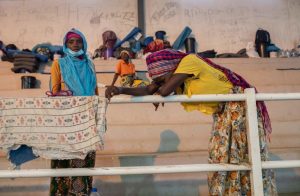 On March 24, scores of people were massacred or forced to flee during an Islamic terror attack in the city of Palma, Mozambique, near a major gas plant in the Cabo Delgado province. Pictured: Internally displaced people from Palma gather in the Sports Center in the city of Pemba to receive humanitarian aid on April 2, 2021. (Photo by Alfredo Zuniga/AFP via Getty Images)

Imagine the nightmare when millions of similar events detailed below, break out daily, during the reckless reign of the Beast.

So Why Study the Empire of Antichrist? What Difference Does it Make? 3 Reasons Why! 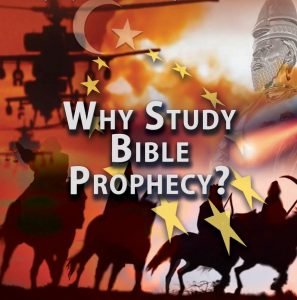 Why it is Beneficial to study the meanings behind the 7 “beast images” and the Empire of Antichrist and the various heads and 10 horns found throughout Scripture?

We offer at least three reasons why it is beneficial to study the meanings and discover the proper interpretations of the main players in the end times and their geo-political trends for today.

First, these images give Bible-studying Christians an ability to accurately determine the “season” of the age in which we are living in right now.

For example, were Jews to study Daniel and accept the book of Revelation also as inspired Scripture, they would not be so blind to the coming holocaust of the Tribulation spoken about so vividly in Daniel.

The Jewish people are living on the verge of imminent disaster but an understanding of what the Word says of the last days may be all it takes for some to accept Jesus as their Messiah.

And an understanding of these topics better prepares the Christian to identify the “prophetic season.”

Second, a proper understanding of the beasts provides a bulwark against deception.

God’s clash with Antichrist and the beast is the major theme in the Book of Revelation and the beast’s blasphemous religious system led by the Quran and the enforcement of Sharia is its driving force.

Believers around the world need to wake up to the fact that Islam is also the most dangerous threat to the church today. One only needs to travel to the Middle East and North Africa to see for themselves. Where are all the Christians? Where are Christianity’s historic cultural sights? The slaughter is increasing!

The Last Days are characterized as deceptive and as a trap, and expressly so the last-day ruler and the Dragon (Satan). This time is truly treacherous. Our enemy is the father of lies and deception (John 8:44).

“The coming of the lawless one will be in accordance with how Satan works. He will use all sorts of displays of power through signs and wonders that serve the lie.”
2 Thessalonians 2:9

We are convinced that those deception times are already upon us today. Is Christendom ready? Are you?

And Third, not only is Turkey and the 10 kings relevant to our time today, but also Satan’s 7 Empires.

The visions of the world’s 7 empires apply to us today. How so?

All 7 of them, along with the 10 kings, will be in existence and on the world scene during the Last Days when Christ returns. That means they are here now and already rising to their destiny to become part of the beast. The prophet Daniel says that it will be,

“In the time of those kings, that the God of heaven will set up a kingdom that will never be destroyed”
Daniel 2:44

This gives us all the more reason to sit up and be “on watch” of the movements surrounding Turkey, Syria. Iraq, Iran and Israel and the rapidly developing events of the Middle East before it becomes the “missile-east” in the Tribulation!

These are the days when our generation should be plugged in and watching as never before. Knowing and understanding the aspects of the Beast Empire gives believers stability in the last days.

God knew the relevance of Turkey, and how the accompanying geo-political events surrounding it’s rise would become front and center before the Rapture.

And the Lord knew the church would need discernment for interpreting the developing events to avoid confusion. So the Lord graciously gave us His prophetic Word to point us in the right direction.

Those who aren’t paying attention miss this connection and walk blindly through the end times and therefore will find themselves more vulnerable to deception. 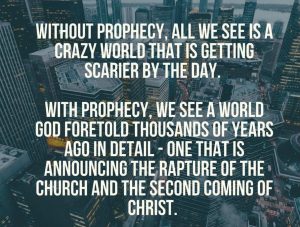