Just when you think you’ve seen it all!

2020 presidential candidate gay mayor Pete Buttigieg counseled a nine-year-old boy on how to come out as gay Saturday night at a campaign event.

The former South Bend, Indiana mayor spoke at a Denver, Colorado campaign event where a young supporter, nine-year-old Zachary Ro, asked Buttigieg to help him come out as gay. The boy asked “Would you help me tell the world I’m gay, too? I want to be brave like you,” Ro asked through a submitted question. Buttigieg brought the child up onto the stage with him, where Ro gave Buttigieg a bracelet. The child was attending the campaign event with his parents. 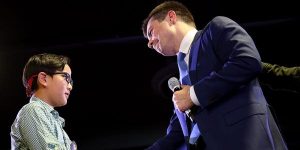 Gay mayor Pete Buttigieg, from the very beginning of his 2020 campaign for the Democratic nomination for president, has used his “christian faith” as a main talking point in interviews, debates, and at campaign rallies.

To illustrate just what a “good Christian” he is, gay mayor Pete brought a 9-year old boy on stage in an obviously scripted event, and walked him through the steps of how to come out as gay.

Did gay mayor Pete hand him a bible, tell him to repent of his sins and call upon the name of the Lord to be saved? Did he offer any advice to the boy like trust in God, or explain how he could have a strong walk with the Lord?

Because that’s what a Christian would do.

Not gay Pete. Gay Pete told him to “believe in himself”, the classic rallying cry of all self loving sinners who refuse to acknowledge their sin.

With that brief conversation, Gay Mayor Pete welcomed him as a member in good standing of the LGBTQ+P for Pedophile Movement.

Amen, brother, preach the gospel of being gay… so sad, so disturbing and so destructive.

That’s what real Christians do, we pray for the lost to get saved. 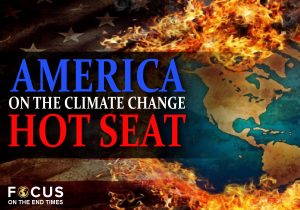