Final Judgment For the Saved and Lost! Where Will You Spend Eternity? 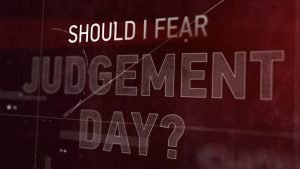 It is appointed for men to die once, but after this the judgment.
Hebrews 9:27

The Bible talks about 4 judgments. The first is the Judgment Seat of Christ (2 Cor. 5:10) for Church believers (Body of Christ) that occurs in heaven after the Rapture. The second and third judgments are for the Old Testament saints (Daniel 12:2-3) and believers who have died in the Tribulation period (Rev. 20:4). Both of these judgments occur on earth after Christ’s Second Coming at the end of the Tribulation. The first three judgments are all for believers.

God’s judgment for unbelievers is a lot different than the judgment of His children. It’s called the Great White Throne Judgment. This final judgment of the unsaved occurs in the blackness of space after the Millennial Kingdom, after the destruction of the universe and before the creation of the new heavens and new earth (Rev. 20:11-15).

Here I want to focus on the Great White Throne Judgment where all mankind who has ever rejected Christ will appear. Close your eyes and picture it for a moment. The Millennium is now over, Satan and his armies have been cast into the Lake of Fire, that Jesus said was prepared for the devil and his angels (Mt. 25:41).

Now things take a sharp turn…God speaks and planet earth spontaneously combusts and vaporizes. In the aftermath… the residents of Hell for the past 6,000 years find themselves, not free, not dead, but now standing before a great white throne.

What they see is frightening as Jesus stands before them in His robe as judge with the books of man’s deeds in His hands. Instead of receiving a glorified body like the body all believers will receive, they’ve been resurrected into a body suited for tormenting day and night that will never die.

And here they stand in the blackness of the uncreated world…  on nothing. Standing and facing God. No friends to help them here. The books of judgement from Cain to Hitler to the last sinner who rejected Jesus are now opened, and the lifetime of deeds of every unsaved person is read and man is judged according to what’s written in the books! No excuses at this throne… it’s all written down and read out loud. As judgment is past, each and every one is cast into the Lake of Fire (Rev. 21:15).

From this point forward, God creates a new heaven and a new earth wherein dwells righteousness and beauty beyond our imagination (Rev. 21).

Which judgment will you find yourself in after you die? It’s a sobering thought and only you can change the outcome!  It’s up to you and you can make that eternal decision today.