FBI Raids Trump Home At Mar-A-Lago! “Our Banana Republic for which it stands!” 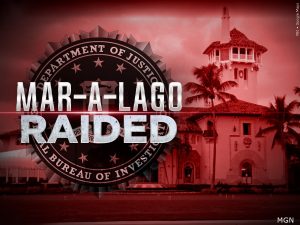 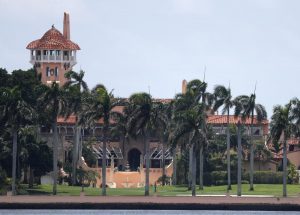 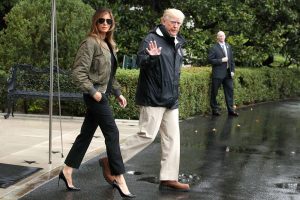 When The FBI Raided Mar-A-Lago, They Had Plenty Of Time To Look Through Melania Trump’s Closet, But Have No Interest In Hunter Biden’s Laptop. Why Not?

When the FBI raided Donald Trump’s home on Monday, a key aspect of what made the United States of America great and free has been lost, and I don’t know if we will recover it anytime soon.

Joe Biden, Merrick Garland and their henchmen have brought America to a new phase of its history, and unless things change quickly, it won’t be one marked by respect for the rule of law or the rights of individual citizens.

Instead, we are entering an ugly age of fascist authoritarianism, in which the brute force of the state is used to bend the people to the will of the tyrant.

As Trump said Monday, “These are dark times for our Nation, as my beautiful home, Mar-A-Lago in Palm Beach, Florida, is currently under siege, raided, and occupied by a large group of FBI agents. Nothing like this has ever happened to a President of the United States before. After working and cooperating with the relevant Government agencies, this unannounced raid on my home was not necessary or appropriate.”

The same FBI heavily involved in trying to frame and destroy Trump in the Russian Collusion hoax has come after him again, apparently by claiming that he improperly took classified material from the White House.

They never cared when Hillary Clinton misused classified material on a grand scale; what is the difference?

There’s no doubt they’re trying to find something to link him more firmly to the “insurrection” that never was.

Joe Biden’s handlers are desperately afraid that Trump will return to the White House on January 20, 2025 and that things will go harder for them next time than they did during his first term.

So they’ve determined to pre-emptively put an end to candidate Trump.

If they can’t actually find anything to prosecute him for (and they’ve sure tried), then at very least they hope to taint Trump so completely in the eyes of the distracted and indifferent public that they will have a fighting chance to defeat him in 2024.

Not only did they break into Trump’s safe, but now we find they spent a considerable amount of time going through Melania Trump’s closet, presumably for classified documents hidden, where, in her underwear drawer?

So I guess Melania’s clothing puts our national security at risk, yet Hunter Biden’s laptop, filled with emails from Communist China, does not?

So justice is driven back, and righteousness stands at a distance; truth has stumbled in the streets and honesty cannot enter. Truth is nowhere to be found, and whoever shuns evil becomes a prey. The Lord looked and was displeased that there was no justice.
Isaiah 59:14-15

As we ponder the veracity of the raid on Mar-a-Lago, it begs the question as to why Hunter Biden’s home has never been raided, or his filth and corruption filled laptop examined by the FBI. You would think that would be one of the first places they would want to investigate.

FROM THE NY POST: The Post has learned that the search warrant used by the FBI to enter the palatial Palm Beach property focused solely on presidential records and evidence of classified information being stored there. A source close to the former president expressed concern that FBI agents or DOJ lawyers conducting the search could have “planted stuff” because they would not allow Trump’s attorneys inside the 128-room building to observe the operation, which lasted more than nine hours.

The raid by over 30 plain clothes agents from the Southern District of Florida and the FBI’s Washington Field Office extended through the Trump family’s entire 3,000-square-foot private quarters, as well as to a separate office and safe, and a locked basement storage room.

An eyewitness to the raid said boxes were confiscated by federal agents Monday, but it is unknown if anything else was taken as no itemized list of items was provided by the FBI. The boxes contain documents and mementos from Trump’s presidency, reportedly including letters from Barack Obama and Kim Jong Un, and other correspondence with world leaders.

A legal source said that the boxes had been packed up by the General Services Administration and shipped to Mar-a-Lago when Trump left office in January 2020. Trump’s attorneys, led by Evan Corcoran, had been cooperating fully with federal authorities on the return of the documents to the National Archives and Records Administration, according to sources.

Note this… Judge who signed off on Mar-a-Lago raid donated thousands to Obama. 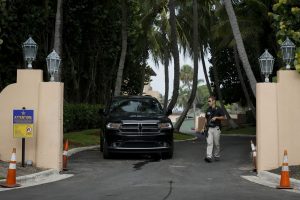