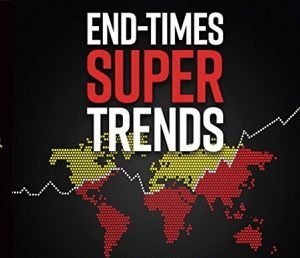 As God’s shaking and quaking continues, here are the dramatic events now unfolding that we’ll be discussing in our upcoming class.

I never thought I’d see the destabilization of America, the transformation of the Middle East and coinciding prophecy signs coming so fast!

Powerful, trendsetting movements are unfolding that are interconnected to one other.

1. The Rapid Decline of America is signaling the soon return of Jesus and warning we are now living under the shadow of the 7-year Tribulation.

2. The U.S. is dramatically turning away from Israel and dragging America into the path of God’s wrath!

The Biden administration is expanding the team dedicated to renegotiating the Iran deal, just days after Israeli prime minister Naftali Bennett urged the United States to back out of negotiations.

The Biden administration spent months assuring Congress that the U.S.-trained Afghan forces would be able to forestall a Taliban takeover when American troops left the country on a pre-determined deadline.

That assessment was proven wrong days after the withdrawal, when the Taliban overran the Afghan National Army and seized control of Kabul, forcing a chaotic evacuation of U.S. personnel and allies.

Billion-Dollar Memory Hole: The Biden Administration Scrubbing Federal Websites of Lists of Weapons It Left Behind while the Taliban Parades Captured US Military Equipment
President Joe Biden waived a mandate in June that would have forced the Pentagon to provide a detailed report to Congress about the risks of leaving Afghanistan.

Under the federal statute, the administration was barred from reducing troops in Afghanistan below 2,000 without first briefing Congress about the expected impact on U.S. counterterrorism operations and the risk to American personnel.

More Lies. Biden waived the mandate in June, arguing that providing this information to Congress could undermine “the national security interests of the United States.”

4. Just after the fall of Kabul, the Taliban started turning up in U.S. uniforms, carrying U.S. rifles, and riding in U.S. vehicles. They started showing off a Black Hawk helicopter they’d captured.

It soon became clear that when the Taliban overran the Afghan military, it also snapped up all of that military’s gear. It also grabbed all of the gear the U.S. military left behind at Bagram Air Base and other posts as it hastily retreated.

Joe Biden insists he and his high command, including generals who wear medal clusters so enormous you could serve a pizza on them, planned for all this.

Did they plan all along to arm the Taliban?

It sure appears so! That would be my conclusion!

One question now is: Did they plan for the ongoing cover-up?

Forbesreports that the State Department is telling other federal agencies to scrub their websites of lists of weapons the U.S. provided the Afghan military over the years.

China, Russia, Turkey, Iran, Pakistan and the terrorist organizations of Hamas, Hezbollah, Boko Harem, Islamic Jihad, al-Qaeda and all the rest, now want to cozy up to the Taliban to purchase weapons. Thanks to the Pentagon!

And one day, not too far in the future, some of these weapons will be lying on the blood soaked valley floor of Megiddo after the Battle of Armageddon. 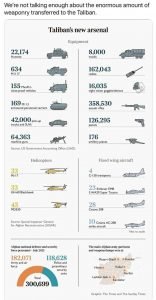 5. Washington has decided to cast its lot with the Palestinian terrorists and the mullah’s of Iran showing them favor despite knowing their murderous hatred and evil plans to exterminate Israel!

US transfers 3 huge logistic bases from Qatar to Jordan in gesture to appease Iran!

One of the three huge logistics bases which the US military recently dismantled in Qatar and relocated to Jordan was the largest in the world. In the last few days, the US has shut down Sayliyah Main Army Camp an ammunition supply point.

Their 27 warehouses storing tanks, armored personnel carriers and other equipment were stored in this forward staging post in Qatar for US supplies across the Middle East and as a reserve stock in case hostilities erupted with Iran.

Supplies from the three bases, as well as a support mission based there, are now part of the US Central Command Area Support Group-Jordan.

American sources say that this massive relocation is aimed at reducing friction with Iran and clearing the path to revived nuclear negotiations.

6. The U.S. is unilaterally withdrawing from the Middle East including Afghanistan, Iraq and Syria and by doing so is signaling weakness toward both American and Israeli enemies!

America has stood tall in these last days, since the birth of Israel in 1948, as the major deterrent for attempts to annihilate Israel. With the Americans out of the way, invading forces have a clear path to Israel.

In the eyes of Islamists, the Taliban’s seizure of Afghanistan mirrors the collapse of the world’s leading superpower to the forces of the Koran’s “true believers”—the jihadis. In this way, the pullout has emboldened extremists across Asia, the Middle East and beyond.

It’s hard to imagine anything more potent for fulfilling Satan’s plans to resurrect the Ottoman Caliphate than the surrender and disappearance of America from the Middle East!

7. As if on cue… From Turkey to Pakistan, the Mideast Beast is rising before our eyes!

The dragon stood on the shore of the sea. And I saw a beast coming out of the sea. The dragon gave the beast his power and his throne and great authority.

The hour is late! God’s judgment has come upon America and the regime running our country is trying to intentionally destroy America.

We need to be before the Lord.

Hear the voice of my supplications, when I cry unto you, when I lift up my hands toward your holy oracle. Draw me not away with the wicked, and with the workers of iniquity, which speak peace to their neighbors, but mischief is in their hearts. Give them according to their deeds.