EMERGENCY PRAYER REQUEST FOR BELIEVERS IN AFGHANISTAN AND IRAQ 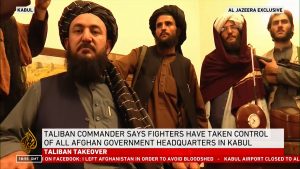 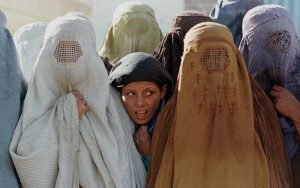 FOR USE WITH FEATURE PACKAGE FOR SUNDAY, DEC. 15–FILE–A young girl peers out from a group of Afghan women wearing the Burqa covering at a Red Cross distribution centre in Kabul, Afghanistan, Nov. 13, 1996. The Taliban guerrillas who took over Kabul, the capital of Afghanistan ordered women to completely cover themselves and banned them from schools and workplaces. (AP Photo/Santiago Lyon)

Please pray for the (229?) Christian missionaries, who have been sentenced to death by the Taliban Islamists. Please pass this message on as soon as possible so that many people will be able to pray.

Also, there is a message sent from JUDITH CARMONA, a missionary in Africa….

The whole Church needs to unite in prayer.

If you can forward it please join us in urgent prayer, because the radical Islamic group has just taken Quaragosh, the largest Christian city in Iraq.

Quaragosh is just southeast of Mosul in northern Iraq. This is where there are hundreds Christian men, women and children who are being beheaded and now the Islamic prayer covering is being required on all woman.
________________________

Please pray for the saints of God who find themselves under severe persecution and who are being hunted down to be beheaded.

Please pass this message to whoever you can about the underground church in Afghanistan and Quaragosh, Iraq! 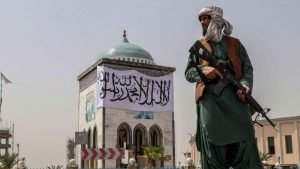 The U.S. Failure of Misunderstanding Islam

Every U.S. military intervention since Clinton in the mid 90’s occurred in an area that had been part of the Ottoman Empire.

The entire era of US and western intervention into Muslim states is a terrible failure. I believe it’s because Satan is allowed to control the outcome. The hour is late!

The humiliating departure of the US forces from Afghanistan, that had temporarily expelled both the Taliban and al-Qaeda, has served to embolden them and will allow Afghanistan to become a global beacon of Islamic jihad once again.

For the Taliban, their dream of a Caliphate is now closer than ever and their victory over the “great satan” is an inspiration for other jihadis and the Muslim world.

Each time Uncle Sam has tried to intervene into an Islamic nation it has backfired and a secular regime was ultimately replaced by an Islamist one favoring Sharia Law and the creation of an Islamic Caliphate.

Satan and his demonic princes are guiding the Middle East and maneuvering the nations as puppets in preparation for the arrival of the last-days Islamic Empire.