Decade Of The Roaring Twenty’s – Decade Of Prophecy

I’m going to go out on a limb here and say there will be more prophecy unfolding and more prophecy fulfilled in this decade than at any time in the last 2000 years!

Jesus described the signs at the end of the age as birth pangs (Mt. 24:8) indicating they would increase and become more intense as we draw closer to the Lord’s return.

That’s exactly what happened in the last decade. Explosive events in the Middle East like the Syrian civil war, the rise of ISIS and the Arab Spring led to the disruption of Libya, Iraq, Yemen and Egypt and set the stage for the rise of Turkey and Iran.

What do all these nations have in common? They all play a significant role in Bible prophecy.

The pattern of increasing prophetic activity will continue throughout the roaring 2020’s as the King of Glory maneuvers our world into position toward the countdown of the Rapture and Tribulation.

You never know… this decade may even include the Rapture and the 7-year Tribulation before it’s over! Are you ready for His upward call,

“I press on toward the goal for the prize of the upward call of God in Christ Jesus” (Phil. 3:14).

I’m convinced that this is because we are nearing the return of Christ-and the ultimate annihilation of Satan’s kingdom.

We are entering the most important decade since the Lord ascended to heaven from the Mount of Olives in the first century.

The Lion of the Tribe of Judah will roar from Zion this decade to remind us His return is closer than ever! 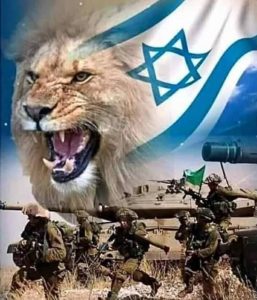