COVID-19: Tourists allowed into Israel from March 1, regardless of vaccination status! 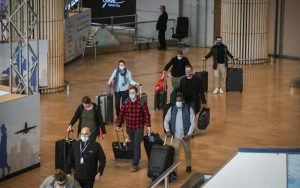 Travellers seen at the Ben Gurion International Airport, on December 19, 2021. Photo by Flash90

Tourists Allowed Into Israel From March 1 Regardless of Vaccination Status

Tourists of all ages will be allowed into Israel regardless of vaccination status starting from March 1, subject to a negative PCR test before takeoff and after landing, Prime Minister Naftali Bennett announced Sunday.

The decision was announced following a meeting between PM Bennett and Health Minister Nitzan Horowitz, with the participation of Tourism Minister Yoel Razvozov and several others, in which they finalized an outline for the easing of coronavirus restrictions in Israel.

Alongside the decision to reopen the country to both vaccinated and unvaccinated tourists, the new plan will see the end of isolation policies for unvaccinated Israelis entering the country, subject to a negative PCR test upon arrival.

We are praising the Lord for Israel’s decision to fully open in March 2022, for the first time since March of 2020.

Focus On The End Times will likely plan our next tour of Israel for the spring of 2023. 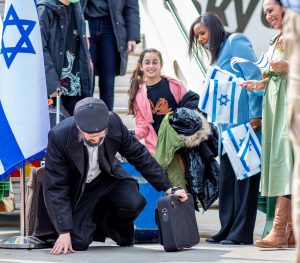 Dozens of new immigrants from Ukraine arrived in Israel on Sunday as tensions on the frontier between Ukraine and Russia reached new highs.

The Ministry of Aliyah and Immigrant Absorption said 75 immigrants arrived on the initial flight and another 22 were scheduled to land in Israel later in the day.

“Our message to the Jews of Ukraine is very clear — Israel will always be their home; our gates are open to them during normal times as well as in emergencies,” said Immigrant Absorption Minister Pnina Tamano-Shata.

“Today we are happy to greet dozens of immigrants from Ukraine, and we are prepared to absorb thousands who want to move to Israel… we are waiting with open arms,” she added.

Jana Kovlenko, who arrived from Kyiv with her husband, Evgeni, and their daughter, said that “right now it’s scary in Ukraine. Everyone is only talking about war. Until the last moment we were worried that the flight would be canceled due to the situation.”

Gidi Schmerling, of the International Fellowship of Christians and Jews, which organized the flight, said the immigrants were tense in the hours before departure.

“When the plane took off,” Schmerling, who was on board, told Army Radio, “there was applause.” 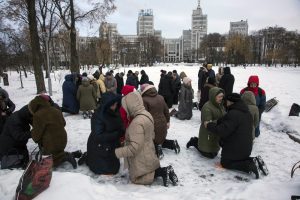 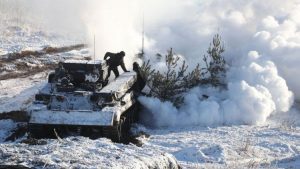 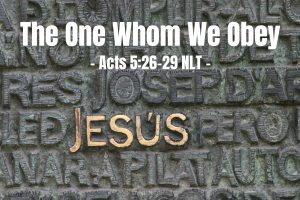