Chaos, Corruption and the Christian Response To America’s National Crises 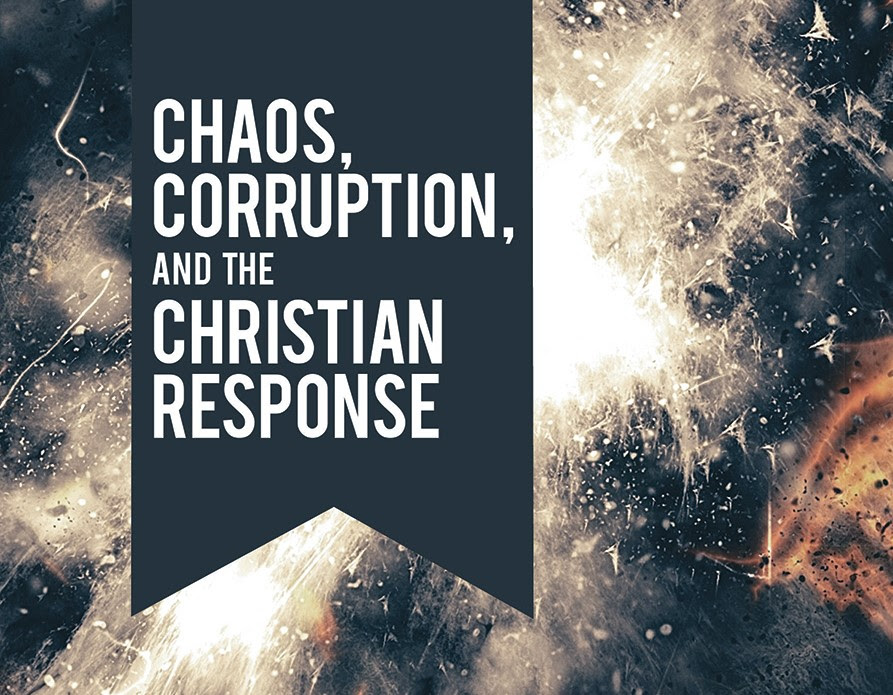 The world is caught in the grip of fear—fears over deadly diseases, financial ruin, unchecked violence, government overreach, and political upheaval. For the last several months, much of America has been on fire—both figuratively and literally. Our lives are essentially dominated by chaos and confusion, as we careen from one emergency to the next.

We shudder to think how society could degrade into further corruption, darkness, and disarray, and yet the world keeps finding new ways to reach new lows to which it too-willingly sinks.

Should the Lord tarry, and we move closer to the Tribulation Period, we might eventually look back at 2020 as “the good ol’ days.”

On top of the endless chaos surrounding us, our society is drowning in a sea of lies, such that the culture is permeated by a sense of devastating insecurity. We no longer have confidence in politicians, health experts, social activists, academics, or the media—all of them have lost credibility by pursuing agendas over honesty.

Even religious leaders have shown a knack for doublespeak and outright deception when it suits their purposes. We have been lied to so routinely that we treat every claim as dubious. Living in that constant state of doubt and suspicion is both exhausting and exasperating.

However, there is One to whom we can turn and always hear the truth: the living God who has revealed Himself in the pages of Scripture. In a world dominated by chaos, corruption, and lies, only God is always faithful and true. His Word is truth (John 17:17), and if we want to make sense of the evil days we’re living in—and understand how God would have us respond—it is the only place for us to turn.

Seven hundred years before the birth of Christ, through the prophet Isaiah, God was confronting another nation that had plunged itself into corruption and chaos: Israel.

Listen, O heavens, and hear, O earth; for the LORD speaks, “Sons I have reared and brought up, but they have revolted against Me. An ox knows its owner, and a donkey its master’s manger, but Israel does not know, My people do not understand.” Alas, sinful nation, people weighed down with iniquity, offspring of evildoers, sons who act corruptly! They have abandoned the LORD, they have despised the Holy One of Israel, they have turned away from Him. Where will you be stricken again, as you continue in your rebellion? The whole head is sick and the whole heart is faint. From the sole of the foot even to the head there is nothing sound in it, only bruises, welts and raw wounds, not pressed out or bandaged, nor softened with oil. Your land is desolate, your cities are burned with fire. (Isaiah 1:2–7)

Israel was headed toward a devastating divine judgment. Through Isaiah, God provided some specific indictments about the sins that put them on this terrifying trajectory.

“Woe to those who call evil good, and good evil; who substitute darkness for light and light for darkness; who substitute bitter for sweet and sweet for bitter!” (Isaiah 5:20).

Toward the end of the book, He condemns them again:

“For your hands are defiled with blood and your fingers with iniquity; your lips have spoken falsehood, your tongue mutters wickedness. No one sues righteously and no one pleads honestly. They trust in confusion and speak lies; they conceive mischief and bring forth iniquity” (Isaiah 59:3–4).

In their rebellion against God, Israel had flipped morality on its head. Their opposition to the Lord had turned their view of truth, righteousness, and virtue upside down. That is, in essence, the nature of fallen humanity: to believe lies, to overturn right and wrong, and to replace God’s holy standard with a flawed and feeble one of its own design. Does that sound familiar?

Much like Israel in Isaiah’s day, we are living in the last days manifestation of the same corrupting, perverting influence of sin. We’re watching the upending of morality happen every day, with the hearty applause of a rebellious culture fully convinced of its own merit and virtue.

Look no further than the recent headlines to see how sinners currently “call evil good, and good evil.” Peaceful protests result in riots, looting, destruction, and death. Those who claim to be anti-fascists shout down and violently suppress opposing viewpoints. Anti-racists argue for ethnic segregation, hiring quotas, and other forms of organizational and financial partiality. Law-abiding citizens are ordered to stay home, while the mayhem of violent mobs is indulged and encouraged. Protesters pour into the streets to proclaim that black lives matter, while proudly supporting an organization that slaughters nearly a thousand black babies every day. Others demand a self-styled justice based on scant facts and snap judgments with the destruction of the presumption of innocence. Criminals are mourned as martyrs while the police are routinely vilified.

What is wrong with this world? How did we get here, with everything upside down? Is it the result of social inequity? Is the problem educational, economic, or environmental? How did we become so twisted in our thinking?

The answer comes from the prophetic word, “evil men and impostors will go from bad to worse, deceiving and being deceived” (2 Tim. 3:13); “ In the last days, perilous times will come for men will be lovers of themselves and money… and lovers of pleasure more than lovers of God” (2 Tim 3:1-3).

These verses describe the evil intensions of the “last-days” people. The real problem is that they are “haters of God.” By rebelling against God, the world of 2021 has plunged itself into an unrepentant state of unrighteousness and an anger and hatred for the things of God.

So to answer what’s wrong with America and what’s wrong with this world we need to recognize our greatest danger isn’t an external threat but rather, the epicenter of all earthly problems which is man’s sinful human heart.

How long will this continue and when will we go back to normal? The imagery of Revelation 14 indicates that when earth’s vat (the winepress of sin) is finally full to the brim (Rev. 14:14-16) then God’s judgment will fall on this evil age. Until then the world will continue to morally decline and America’s fall will be precipitously steep!

Praise the Lord that one day soon, Jesus will burst through the clouds with the voice of the archangel and the trumpet of God and “snatch” us to heaven before God’s wrath begins to fall in the 7-Year Tribulation. This world is not our home and it’s unlikely that this world is ever “returning to normal.” Rather, the world is on the cusp of the “beginning of sorrows” stage that Jesus talks about in Matthew 24:8. So buckle your seatbelt for 2021 and keep looking for Jesus, the author and finisher of our faith.”