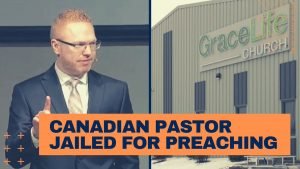 First, they threatened the pastor. He’s a born-again, godly pastor with a wonderful testimony and graduate of Master’s Seminary in California.

Next, they threw him in jail for violating COVID laws for holding church services.

After fining him and releasing him from jail, the police were at the Spruce Grove church in Edmonton, Alberta before 8 a.m.

Crews could be seen putting fencing up around the building’s perimeter, as well as blocking off several parking stalls. Alberta Health Services physically closed GraceLife Church and has prevented access to the building until GLC can demonstrate the ability to comply with Alberta’s chief medical officer of health’s (CMOH) restrictions,” AHS said in a statement Wednesday morning.

It appears Satan has a grip on our northern neighbor. Does this mean we won’t be too far behind? 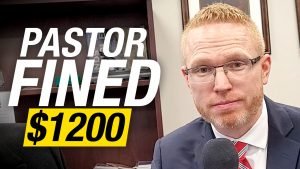 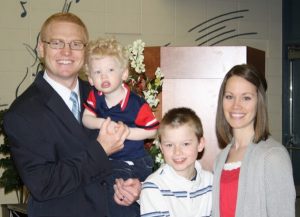 The pages of history are filled with examples of faithful believers who resolutely obeyed God, even if it meant facing severe repercussions from men.

To obey God rather than men is not always easy. But it has been the heartbeat of believers in every age.

James Coates is a living illustration of that same kind of resolve. When government officials interfered with his congregation’s ability to meet and worship, James and his fellow elders determined they must choose God over government. That courageous stand came at a cost. James was arrested.

When he appeared before the judge, he was told he would be released if he stopped holding church services as he had been doing. Like Luther at the Diet of Worms, he respectfully answered that he could not do so. His conscience was bound to God and Scripture. As a result, James was imprisoned and treated like a common criminal.

It is clear the Provincial Health Authority of Alberta wants to make an example out of James. But believers across North America should also want to point out his example, because his conduct has truly been exemplary. The church should stand in solidarity with James’ courage and the courage of his church today! We should applaud the unwavering convictions on which that courage is established.

We need to be trusting the Lord in this assault, and continue to pray for our dear brother, his wife, his sons, his fellow elders, and his congregation.

Our prayer is only that, as a result of these bazar circumstances, the message of the gospel will shine forth to the honor of Christ.

Soli Deo Gloria! To God Be The Glory!