BREAKING: 200+ Rockets have been fired at Israel today. More inbound at this moment.

Rockets From Hamas and

Islamic Jihad in the Gaza Strip

More than 200 rockets and mortar shells have been fired at southern Israel by Hamas and Islamic Jihad terrorists in Gaza since early Saturday morning. At this moment, another barrage is underway.

The end time pace continues to escalate as Israel wages war on all fronts for their future. 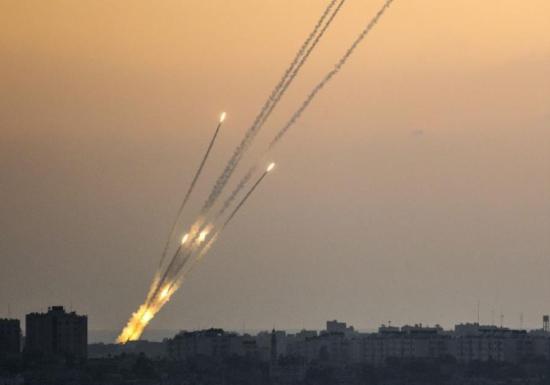 Thus far, there have been three Israelis wounded. No number of Palestinian injuries have been reported yet, but it is likely that there will be many.

The rockets are reaching deeper into Israeli territory than usual. One rocket hit Beit Shemesh, a religious community about 30 minutes south of Jerusalem.

The onslaught — the most intense after months of calm — comes just days after Israel’s Holocaust Memorial, and just days before Israel celebrates Memorial Day and their 71st Independence Day this coming week.

So far, IDF forces have launched at least 30 retaliatory air strikes, targeting Hamas and Islamic Jihad command centers and other military facilities inside the Gaza Strip.