Biden Trying Bribery Again To Seduce Iran With $Billions. Register For The Empire of Antichrist – Part One – Tuesday evening, April 13.

We’ve seen the bribery trick become a disaster before when Obama bribed Iran to behave! It doesn’t work! Not to worry, let’s give it a second try, maybe if we up the ante a few $billion, the Iranians will behave this time around! Sure!

Concerning recent developments in Iran, it’s important to keep in mind that Iran is a key player in the Empire of Antichrist. Iran will most likely become the leader of the Shiite sect in Satan’s eighth and final empire (Rev. 17:9-11).

That means the Iranian regime is being enabled by supernatural powers of evil (Dan. 10:13, 20) within the kingdom of Satan helping it maneuver into it’s Satanic destiny as one of the leading nations of the 10-King Caliphate (Ezek. 38:5; Dan. 75; Rev. 13:2).

If we are now in the shadow of the Tribulation, as I believe we are, Iran will not be stopped because this world is slipping farther and farther under the grip of the powers of darkness who now have control.

The American leaders calling the shots to assist the Islamic State of Iran are blind leaders of the blind and will face God’s judgment soon for strengthening the BEAST against the Jewish State.

All nations will one day be held accountable as to whether they helped or hurt the State of Israel in the last days.

In Mt. 25:40, the short phrase “my brethren” points to the Jewish people living in the last days! The chosen people become the basis of Christ’s “Judgment of the Nations” (Mt. 25:31-46), which he conducts after He returns at the Second Coming. When Jesus returns, He will judge the nations based on how they treated Israel.

The end-time governments of America, with the exception of the Trump Administration, will not do so well based on this crucial factor! 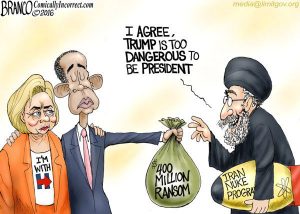 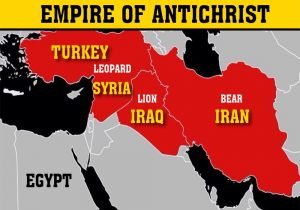 Through this mysterious hush, hush, slush fund, Iran would receive $4.5 billion, in non-U.S. currency. Apparently, they took some heat for the last batch of U.S. dollars Obama dropped on the runway tarmac.

According to the Wall Street Journal, which referred to the program as “Special Dollars for Dictators“, Iran’s leadership will most likely use these newfound billions to strengthen domestic repression, to intensify regional adventurism, bolster Hezbollah’s arsenal along Israel’s northern border, fund Iran’s proxy of Houthi rebels in Yemen to target Saudi oil fields, and, of course to escalate their nuclear program still further. 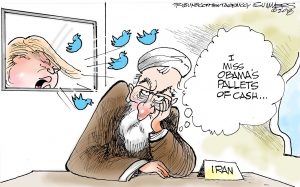