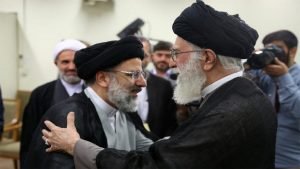 In picking a mass murderer as his potential successor, Iran’s supreme leader hopes to make the United States a willing partner in the repression of his country’s people. 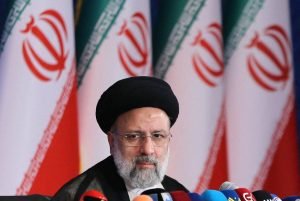 Iran’s President-elect Ebrahim Raisi addresses his first press conference in the capital of Tehran, on June 20, 2021

From one end of Iran to the other, citizens are suffering. The regime is failing the people at all levels. Water shortages are endemic. Power outages are a matter of course. The sick and impoverished, livestock and crops are dying from lack of water, oxygen and overheating. Petroleum workers are on strike due to starvation-level wages.

Wherever one turns in Iran, everything is broken.

The regime has two plans to avoid the wrath of the people—repression and sanctions relief. And the Biden administration is giving the Iranian regime every reason to believe that it can pull off both.

In the not-so-distant past, Iranian dictator Ayatollah Ali Khamenei’s decision to elevate Judiciary Chief Ebrahim Raisi to serve as Iran’s next president beginning next month would have been greeted with stunned revulsion.

Raisi is a sadistic mass murderer. He first rose to prominence in 1988, when he served as one of one four members of the “death commission” that was directly responsible for the execution of some 30,000 dissidents, including children.

The dissidents weren’t merely executed. Many of them were subjected to torture before they were murdered. Women and girls were singled out for particularly monstrous treatment: Raisi and his partners had their young female victims raped before execution to ensure all “enemies of the regime” would burn in hell.

Raisi’s role in the 1988 massacre wasn’t a one-off. As he rose through the ranks of Iran’s judiciary, he sentenced thousands of dissidents to death.

Raisi is the target of personal sanctions from the U.S. for his direct involvement in mass murder. Raisi also directs the Astan Quds Razavi foundation, which is itself subject to U.S. sanctions for its role in funneling funds to Syrian dictator Bashar al-Assad. Assad has directed the genocide of some half a million Syrians.

Raisi was just formally elected to Iran’s presidency. But his election was a sham. Khamenei and his lackeys decide who gets to run for president, and they also get to decide the results of the election. The Iranian public, well aware that their votes are meaningless, overwhelmingly boycotted the election.

Khamenei’s elevation of Raisi sent a message to the Iranian people: Any effort to oppose the regime—any demand to reform or overthrow the corrupt system—will be met with repression the likes of which they haven’t seen since Raisi the sadist killed 30,000 of their brothers and sisters three decades ago.

None of this has put a dent in the Biden administration’s outreach to Iran.

The administration has insisted that defending human rights is its credo. But as Raisi the butcher rises to power, rather than boycott Iran, the administration is making excuses for maintaining its policy of appeasement.

One excuse is that Raisi’s “election” in the midst of nuclear negotiations shows that even the hardest of “hard-liners” is willing to make a deal with the U.S. Another excuse Biden and his advisors are making is that Raisi’s rise isn’t a big deal because Khamenei makes all the decisions anyway.

A third excuse the Biden team makes is to shrug its shoulders. Raisi’s record of mass murder is not America’s concern. Reaching a deal with Iran that restores both Iranian and U.S. compliance with the 2015 Joint Comprehensive Plan of Action (JCPOA)—better known as the Iran nuclear deal—is America’s concern. Relatedly, administration officials make a fourth excuse: Raisi’s election means the U.S. has until August 8, his inauguration date, to finalize a deal.

To maintain the conceit that its excuses represent anything other than an abdication of both American moral leadership and strategic rationality, the administration depends on the public to know nothing about the nuclear deal, about Iran’s nuclear aspirations, its nuclear operations or its view of the nuclear deal.

Far from a nuclear nonproliferation deal, the JCPOA guaranteed Iran’s entry into the club of nuclear armed states. The limitations the deal placed on Iran’s nuclear operations were temporary and will all expire in 2030. By then, as then-President Barack Obama explained in 2016, the nuclear activities Iran is permitted to undertake under the nuclear deal will reduce its breakout time to military nuclear capabilities to “zero.”

As for Iran’s aspirations, the JCPOA was based on one major strategic assumption: that Iran’s nuclear program was a civilian nuclear program, not a military nuclear program. Dubious from the outset, this assumption was exposed as a complete fallacy in the wake of Israel’s seizure of Iran’s nuclear archive in 2018. It was the revelations of the archive that convinced then-President Donald Trump to withdraw U.S. participation in the JCPOA and initiate a strategy of “maximum pressure” on the fanatical regime.

After negotiating the deal in bad faith, the Iranians immediately began breaching both the letter and the spirit of the deal. From the outset, Iran failed to comply with the deal’s limitations on its nuclear operations. It exceeded the limits on the production of heavy water required to operate plutonium-producing nuclear reactors, and it operated more advanced uranium enrichment centrifuges than was permitted. It attempted to covertly acquire nuclear and missile technology, including carbon fiber, in a manner prohibited by the deal. And it refused to provide United Nations (UN) nuclear inspectors with full access to its nuclear sites. These breaches were not incidental; they were deliberate, although U.S., UN and European officials went to outrageous lengths to downplay the breaches in a bid to avoid having to acknowledge that Iran was violating the deal.

Although Iran insisted that it remained committed to the JCPOA after the U.S. abandoned it, the regime embarked on massive nuclear operations in open breach of all the JCPOA’s restrictions.

In the face of all of these known facts about the scope of the nuclear deal, Iran’s nuclear operations and consistent breach of the deal itself, the Biden administration argues nonsensically that by restoring Iran to compliance with the 2015 deal, it will be able to put Iran’s nuclear program “in a box.” But Middle East scholars Michael Doran and Tony Badran argued convincingly recently that the real purpose of the U.S. nuclear diplomacy with Iran is to realign the U.S. alliance structure in the Middle East away from Israel and the Sunni Arab states and toward Iran.

From Iran’s perspective, the purpose of the deal is far more limited.

All that Iran seeks is an end to the U.S. sanctions. Raisi’s “election” is further proof that all talk of a fight between “moderates” and “hard-liners” in the Iranian regime is nonsense that Westerners tell themselves. Iran isn’t interested in moderating. It is interested in having the U.S. save it financially by ending its sanctions so that it can build its nuclear weapons, support its terror proxies and maintain their wars against the U.S., Israel and the Sunni Arabs, and still have money to repress the Iranian people.

Desperate to advance its “realignment” policy, the Biden administration is doing everything it can to satisfy the Iranians. Despite Biden’s assertion that no sanctions will be removed so long as the Iranians have not curtailed their nuclear activities to come back in compliance with the JCPOA, the administration has already begun removing sanctions. This week, Secretary of State Antony Blinken removed sanctions on three Iranians involved with Iran’s ballistic missile program. Indeed, the administration has expressed a willingness to remove sanctions imposed against Khamenei himself.

So too, The Wall Street Journal recently reported that the administration is developing a new sanctions policy that will “stem sweeping pressure campaigns, avoid collateral damage and act jointly with allies rather than unilaterally.” The new sanctions policy is set to be revealed by the end of the summer, and among its goals is “easing economy-wide sanctions against Iran.”

In other words, as Iran refuses to return to compliance with the 2015 nuclear deal, the Biden administration is looking for ways to remove sanctions anyway by using buzzwords like “multilateralism.”

Buoyed by the nuclear deal that gave Iran an open path to a nuclear arsenal, in 2015 Khamenei promised Israel would be eradicated by 2040. In 2017, regime supporters in Tehran held a mass rally where they unveiled a digital clock that counted down to Israel’s destruction.

The Iranian regime believes the Biden administration will ensure its survival by giving it a green light to repress its people and save its economy through sanctions relief. In light of the administration’s policies, there is little reason to doubt Iran’s assessment. 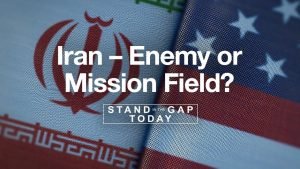 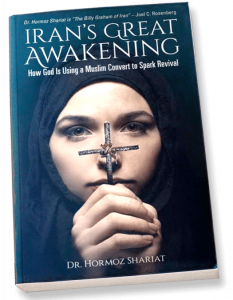 Pray for the souls in Iran who are thirsty and hungry for the Gospel of Jesus Christ.