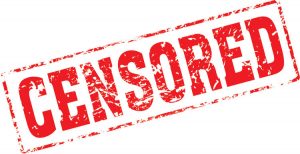 America’s path away from God is being paved by ungodly Biden fiats (executive orders). The ink flowing from his pen of iniquity is spewing out faster than superman’s speeding bullet! But they present such a tasty channel for pumping out immoral policy, in both our country and now even around the world, that the enemy has seized the opportunity for all its worth! Governing by executive order has spearheaded the ungodly agenda of this administration since day one when the new president signed his first 17 orders. Those first 17 daggers’ were so bazaar, so unnecessary and so immoral that is was like he was driving 17 spikes into the heart of our nation. Fearful of a Trump return in ’24 or even possibly loosing their majority in ’22, team Biden is putting the pedal to the medal to distance himself from God while recklessly driving America straight into the judgment of God! In the process, he is reaching new levels to promote all the things God hates (Romans 1:30)! So if someone ever asks you this about end-time prophecy, “where is America in the last-days,” point them to the first 100 days of the corrupt, depraved and shameless Biden scourge! “Claiming to be wise, they became fools!” Romans 1:22 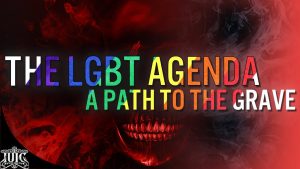 Biden’s executive orders are going to have far-reaching consequences on the relationship between America and the God of the Bible.

The United States is becoming, not so much a “beacon of freedom and democracy” as it is a cesspool, pushing the LGBTQI agenda and abortion on nations it considers less evolved.

It’s not so much a light for the Gospel to go to the nations as it is a banner of darkness. And the world sees what’s happening and is watching and wondering what has happened to America? This too will add weight to America’s judgment.

Obama was famously told to take his views and shove off by various African leaders, and now Biden, despite his advanced age, is pushing even further.

From Austin Ruse at C-Fam:

This week, President Biden signed an executive order that will promote homosexuality and transgenderism as a centerpiece of U.S. foreign policy.

The document directs “all U.S. government departments and agencies engaged abroad to ensure that U.S. diplomacy and foreign assistance promote and protect the rights of lesbian, gay, bisexual, transgender, queer, and intersex persons around the world.” Intersex persons? In the process, he proudly added another initial (I) to the acronym for sin and confusion (LGBTQI)! I guess Joe must have thought that the intersex people didn’t have enough human rights! It’s sad and a bit pathetic that this president is more concerned about protecting the “Intersex people” than Christians. What a slap in the face! And what about the unborn, where’s their rights? The left continues to whitewash iniquity with fancy terms and abbreviations to hide their evil ways!

Of most concern to human rights advocates around the world is the provision of $10 million in the upcoming fiscal year to fund the “Global Equality Fund” that will allow the U.S. government to blacklist foreign religious leaders who speak out in favor of the natural family and against the LGBTQI ascendancy.

This new Executive Order is part of Biden’s payback to homosexual friends for their support of his candidacy.

In December, thirty wealthy left-wing groups, calling themselves the Council for Global Equality, issued a list of demands, including passage of the Equality Act that would force Christian homeless shelters to place men with women.

The group demanded that Biden strike down Mexico City Policy that forbids U.S. money from going to abortion-friendly groups overseas, which he did in the opening days of his presidency. The group also calls for a global effort to combat what they call “anti-gender” groups around the world.

This presumably would include American groups that work overseas, including C-Fam (publisher of the Friday Fax), Alliance Defending Freedom, Concerned Women for America, the Heritage Foundation, and other mainstream conservative and pro-life groups.

The proposed blacklist could affect people like Anne Kioko of Kenya, who has led the fight there in favor of the natural family. It could also affect Ignacio Arsuaga, founder and president of CitizenGo, a grassroots petition organization with millions of followers. Kioko and Arsuaga have worked closely with U.S. groups.

Christian advocates are additionally concerned that pushing the LGBTQI agenda in U.S. foreign policy will come at the expense of Christians.

President Obama, for instance, changed the State Department Office on Religious Freedom to include homosexual issues. Christians were pushed out of the office, and the annual religious persecution report came to include attacks on Christians and Jews who defend the natural family.

These are sad days watching the decline of our once great nation which now seems most interested in pushing the LGBTQI agenda down the throat of the rest of the world!

The question becomes, will there be a blacklist of Christian leaders who will be blocked from entering the United States? Will Biden push for more governments to allow boys into female sports? How far will he go to thank the homosexual elite for their money and votes during the last campaign?

Last but not least, how much of this will the Lord allow before He pulls the rug out from under America? Is there a date set for that catastrophe in the next 4 years?

Put another way, how long is it before the Rapture and we’re out of here? We’ll all find out together. 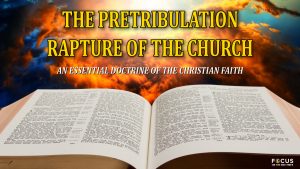 For this we declare to you by a word from the Lord, that we who are alive, who are left until the coming of the Lord, will not precede those who have fallen asleep. For the Lord himself will descend from heaven with a cry of command, with the voice of an archangel, and with the sound of the trumpet of God. And the dead in Christ will rise first. Then we who are alive, who are left, will be caught up together with them in the clouds to meet the Lord in the air, and so we will always be with the Lord.