Bernie Sanders Turns Against Israel in Favor of Hamas 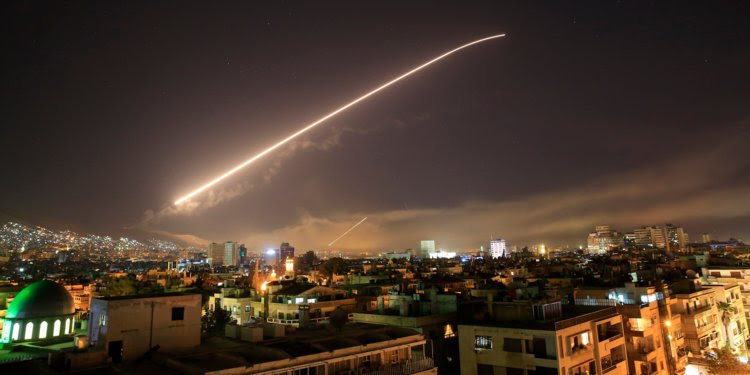 As terrorists fire 80+ rockets at Israel, Sen. Bernie Sanders says he’s boycotting AIPAC conference, will cut military aid to Israel and give the money to Hamas in Gaza.

With terrorist attacks against Israel suddenly spiking, and the Iran threat growing, the frontrunner for the Democratic presidential nomination is showing himself to be a dangerous man at a dangerous time.

More than 80 rockets have been fired at Israel from Gaza since Sunday morning — there has also been a spike in terror attacks in Jerusalem this month — including an attack that wounded 14 Israelis, one critically.

Israel’s Iron Dome system has shot down most of the rockets, but schools, synagogues, playgrounds and many businesses throughout Southern Israel have been shut down for the past two days.

Palestinian Islamic Jihad has taken responsibility for the attacks from Gaza — it’s very possible the violence will escalate as we approach the third round of Israeli national elections on Monday, March 2nd.

The American Israeli Public Affairs (AIPAC) conference takes place in Washington on March 1-3 with some 18,000 pro-Israel activists planning to attend.

Rather than stand with Israelis under fire, and show compassion for the hundreds of thousands of Israeli school children and their families who have less than 15 seconds to run to their bomb shelters as terrorists in Gaza fire rockets designed to kill and maim them, Sen. Bernie Sanders — now the front-runner for the Democratic presidential nomination — has announced that he will boycott speaking to the AIPAC conference (even though major presidential contenders typically address the group). He accuses AIPAC speakers of “expressing bigotry.”

In addition, Sanders is vowing to cut U.S. annual military aid to Israel and calling for a “fundamental change” in U.S. policy towards Israel.

Sanders says he will send money earmarked for Israel to Gaza, which is fully controlled by the Hamas terrorist organization.

As if that’s not enough, Sen. Sanders says he will re-enter the (insane) Iran nuclear deal that is so dangerous both to U.S. and Israeli national security.

If all this weren’t troubling enough, the Kremlin is backing Sanders.

“Russia has been trying to intervene in the Democratic primaries to aid Senator Bernie Sanders. Sanders said on Friday that intelligence officials recently briefed him,” the New York Times is reporting.