ATTENTION CHURCH! We need to wake up and start looking up! With our attention diverted to COVID, the election fiasco, Critical Race theory and what Donald Trump’s plans are, we are fast loosing our country! We need to get our house in order, as sadly, we see the next four years bring the rapid decline of America. 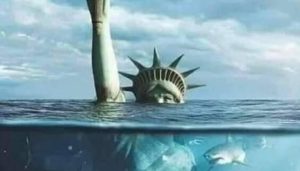 What Lens Are You Looking Through?

How do you see what’s happening in the U.S. and in the world today?

While most are looking to political solutions, the church should focus through the lens of God’s providential dealings with America in the Last-Days.

To reinforce that focus, this article addresses America’s current state of decline. 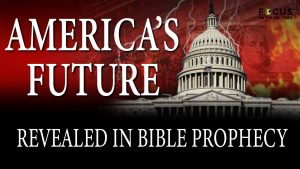 The Decline of America Happening Fast

God rules over all. He therefore sovereignly controls the birth, lifespan, and demise of every earthly nation including America.

From one man he made all the nations, that they should inhabit the whole earth; and he marked out their appointed times in history and the boundaries of their lands.
Acts 17:26

While it would be nice if the Bible clearly laid out the role of the United States in the last days, the silence of scripture on this subject may tell us more than we realize. America will no longer be a leader of nations, but a follower. End-time events do not include America as the great international heavyweight it was at the beginning of the twenty first century.

We are already starting to get a better sense of how rapidly the Biden administration is accelerating the decline of America in accordance with Bible prophecy!

I do not believe the U.S. will be a superpower any longer when the 7-year Tribulation begins. As a result, I am expecting the U.S.’s global power and influence to decline between now and the start of the Tribulation.

Although we are still early in how this administration will play out, it should be noted that the unprecedented upheaval during the chaotic demonstrations of 2020 have greatly affected the world’s view toward America. Additionally, the division and turmoil that erupted from the 2020 election fiasco increased the world’s concerns about America to the point where many have already begun to reevaluate the strength of America’s role going forward.

Biden’s order to hang the LGBTQI pride flag next to old glory at every US Embassy around the world has downgraded America’s testimony to a new low. Imagine all the diplomats that are daily visiting or passing by our embassy and staring at the pride flag next to the red, white, and blue. Incredibly sad!

America’s diplomats are being forced to oversee the spread of the LGBTQI agenda as a pillar of American foreign policy. Perception is everything and the perception of a weakened America plays into the hands of the enemy. While America was once known for her passion for souls and spreading the Gospel around the world, she’s now becoming recognized for spreading sin.

“Righteousness exalts a nation, but sin is a reproach to any people.”

The verse does not say that America’s past righteousness will exalt us today or tomorrow, nor does it say that our current sin will one day be a reproach in the distant future. It warns us that the sin of America is a reproach today!

The question on my mind for the past several years has been: “In the last days, will America face a gradual decline or a rapid decline?” We will see as time goes on but observing the unprecedented dispatch of Biden’s un-American and ungodly orders has caused me to think more about a rapid decline scenario.

A rapid decline in the U.S.’s power could cause global chaos, especially in the Middle East. A power vacuum in the Mideast created by a weakened U.S. would embolden the key anti-Israel forces of Turkey, Iran, Iraq, Syria, Hamas, Hezbollah and other countries in a bid for regional supremacy. Israel could begin to face more testing and conflicts with its neighbors, as the U.S. may not be able to help (or willing to help) if Israel is under attack.

To prevent Iranian aggression against the Jewish State under Biden, and to thwart Iran’s capacity to achieve nuclear weapons we could see Israel make a surprise preemptive strike on Iran’s nuclear facilities. This could occur at any time just as they took out the secret nuclear facilities of Iraq (Operation Babylon 1981) and Syria (Operation Outside the Box – 2007). Since Biden has come into office, Prime Minister Netanyahu has been upping the rhetoric about Israel’s willingness to go it alone and take-out Iran’s nuclear capabilities.

Israel’s decision for such a risky move may be determined by their national elections in a few weeks on March 23, 2021. If Benjamin Netanyahu remains in power, Iran will remain cautious. However, if Israel chooses a more liberal Prime Minister, along the lines of Biden, their window to hit Iran will likely close.

If a more liberal ruler comes into power in Israel simultaneously with a liberal U.S. president, the pace of events toward the start of the Tribulation period could dramatically increase. It’s not difficult to imagine a scenario where a liberal U.S. President together with a liberal Prime Minister of Israel would make it their priority to divide the Promised Land and require Israel to vacate the so-called West Bank (Judea and Samaria) for the State of Palestine.

With trillions of dollars wasted over COVID “relief packages” packed with pork, the U.S. national debt will swell this year to nearly $30 trillion. This year alone, the democrats will grow the U.S. budget deficit $3.8 trillion and put the government on a path to spend more money in one year than the previous 200+ years.

Biden and company are set to borrow more money over the next 12 months than the U.S. government borrowed to finance the Revolutionary War, the Civil War, World War I, World War II, and the Cold War together.

As the debt balloons to eye-popping amounts, it’s becoming easier to see how America could implode under the weight of its unsustainable national debt. A debt-crises scenario would also cripple America’s military capability causing America to passively resign its role as world policeman and signal the end of America as the world’s greatest superpower.

The United States would be forced to adopt a more likely posture of “falling in line” with other nations, not leading. With America sidelined, it leaves the door wide open for the coming beast empire and the rise of Antichrist.

If America continues to decline at its current pace, we could see other countries jump at the opportunity to become regional or global players. For instance, we could see conflict arising from Iran’s friends in North Korea and China with the power vacuum created by a weakened U.S.

Ultimately, I envision America in bad shape by the time of the start of the Tribulation and the rise of Antichrist. The sudden and mysterious removal of millions of Americans in the Rapture could certainly play a big role in contributing to America’s decline overnight just before the start of the Tribulation. With the restrainer removed (2 Thess. 2:7-8) and America removed, the pathway for the rise of the “man of sin” will be cleared (2 Thess. 3:3).

Keep in mind that I’m not a prophet so I don’t know what the exact timeline is as we approach the Tribulation. I believe a rapid decline in the U.S. gets us to the outcome of a weakened America far quicker than a gradual decline. We’ll see what happens, but I am becoming more confident that we have already entered the period of the rapid decline of our nation.

The church needs to discern that, in the sovereignty of God, the next four years could bring us right up to the door of the final 7 years! I’m not saying it will but I believe it is wise to anticipate it might!

For the most part, the church is asleep concerning the serious time of the hour. We need to be praying for the Body of Christ at large and for our local churches to wake-up and not be caught sleeping when the Lord returns.

Where are the preachers today who should be sounding the trumpet we have entered the danger zone? Remember, Jesus warned us this would happen! He said He will come in a time when the world will not anticipate His arrival or be ready!

It is the personal responsibility of every believer to not let that happen to yourself, your family, or your church and to remain on duty as a faithful watchman!

Therefore you also be ready, for the Son of Man is coming at an hour you do not expect.
Matt. 24:44

The level of injustice, hatred and corruption among the leadership that has risen up in America is a stench in the nostrils of God Almighty.

However the leaders didn’t get this way out of nowhere; they are merely a reflection of the level of injustice, hatred, and corruption among the people of this nation.

Telling honest, Christ-loving citizens, that being white and aligned with the former President makes you a terrorist and a threat to the nation is not the best approach to healing our country. Instead, it’s in line with the enemy’s path for widening our divide and it surely will not end well! But it might mean the Lord is coming soon!

So keep looking up because He is coming down and our best days are still ahead in the Father’s House with Jesus our Lord! 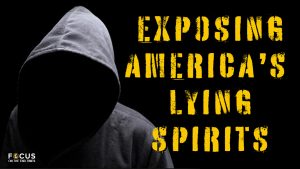