2020 has become America’s perfect Storm! We have witnessed confusion, contradiction and chaos leaving many in a state of fear.

In the current battle between light and darkness, like David, we are blessed with supernatural resources to protect us from the Goliath’s of COVID, Black Lives Matter, hatred and the lies of the enemy.

One of the most under-used resources is putting on the mind of Christ which enables us to maintain God’s perspective and walk victoriously in the Spirit even during the worst of times. 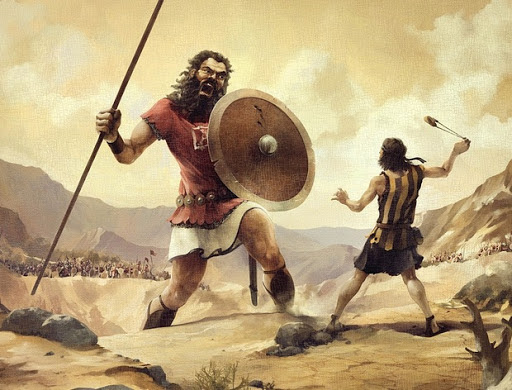 Our country and the rest of the world are living in unprecedented times. From lock-downs, business closures, civil unrest, demonstrations, masks, church closures and all the rest.

Regarding the church, has there ever been a time in modern church history where virtually every church around the world has been ordered to close its building doors to their congregation and communities?

Despite all that is going on, God has chosen you and me to be alive “for such a time as this.” What a privilege and responsibility we have to be the ones God has chosen to reveal and demonstrate God’s heart and bring the Gospel to the world in the end times.

We are indeed in a spiritual battle between light and darkness.

So many have been deceived and hitched themselves to the wrong train, caving into media-driven, Black Lives Matter narratives designed to rattle and divide people against one another. It’s saddening.

It’s time to put aside the media-driven narratives and put on the mind of Christ.

As believers, it’s crucial that we bring God’s narrative into the battle.

In the story of David and Goliath found in 1 Samuel 17, we see Goliath, who day in and day out, taunts the armies of the living God – namely Israel. Israel buys into Goliath’s godless narrative and is reduced to an army cowering to fear and intimidation rather than faith and trust in a miracle-working God. Sound familiar?

While Israel is consumed with Goliath’s narrative, David is in the fields getting God’s. That’s a recipe for victory!

Day in and day out, David is walking with God, protecting his flock, and meditating on the Word. So when the time has come for him to be called upon, David brings God’s narrative onto the battlefield, and the rest is history.

The Choice is Yours

While we continue to be assaulted with media-narratives, we all need to make a choice. Are we going to stay quarantined listening to the loud sound of the media-driven narrative that promotes fear and division, or will we choose to limit its noise and seek God through reading the Word, meditating on the Word and seeking Him in prayer to receive His perspective?

We must never allow the descending culture, the signs of the times, and the narratives that come with it, to become Goliath and gain primary influence in our lives. This is what the enemy wants and only leads to fear, doubt, and hopelessness.

Only God’s narrative, active within us by the voice of the Holy Spirit provides the faith, hope and love to overcome in this dangerous and demonically fueled season.

What narrative has preeminence in your life – Goliath’s or God’s? What seems bigger to you? Goliath was a giant. But not to David!

Be assured, God is in control. He longs to partner with you to see His plan fulfilled in your life! His narrative grows in our hearts when we pray and gain access to the strategies of heaven. In doing so, David’s are born, and Goliath’s are slain.