Against All Odds, Miracles of Israel In Our Generation 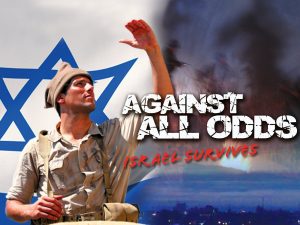 Israel lives in a dangerous neighborhood!

Will God’s Power Continue To Uphold His Chosen people? 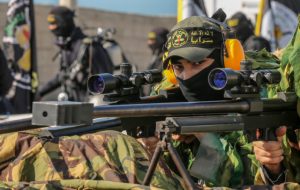 Pictured are some of the haters of Israel members of Saraya al-Quds Brigades, the armed wing of Iran’s proxy in Gaza, Palestinian Islamic Jihad. They are responsible for recent killings of Jews in the West Bank and for firing over 1000 rockets into the civilian populated areas of southern Israel, August 2022.

Fotet.org – by Tim Buck
Thus says the Lord God: Come from the four winds, O breath, and breathe on these slain, that they may live. So I prophesied as He commanded me, and breath came into them, and they lived, and stood upon their feet, an exceedingly great army.
Ezekiel 37:9-10

The number-one sign of the last days and the key sign that assures us we are closing in on the Tribulation Period and return of Christ is the rebirth of the modern State of Israel. God said that Israel would be a nation again after its final diaspora (dispersion) and even foretold that it would be reborn in a single day–which happened May 14, 1948.

Who has ever heard of such things? Who has ever seen things like this? Can a country be born in a day or a nation be brought forth in a moment? Yet no sooner is Zion in labor than she gives birth to her children.
Isaiah 66:8

During our recent class, Part One, Studies in Zechariah, we found the prophecy of Zechariah rich with insights about Israel’s status in the last days. It explains how God has regathered the Jews, reestablished the State of Israel, preserved it against all odds, and will redeem her in the Day of the Lord!

In Part Two we will continue to explore the thrilling miracles God has accomplished in Israel today. We will begin with Israel’s stunning victory in the 1973 Yom Kippur War and end with the story of Christ’s final rescue of Israel when He splits the Mount of Olives at His Christ’s Second.

According the prophet, when Israel returns to the land in the last days, God will bless the modern nation with unparalleled military dominance.

On that day the Lord will shield those who live in Jerusalem, so that the feeblest among them will be like David, and the house of David will be like God, like the angel of the Lord going before them.
Zechariah 12:8
Surveillance Superpower

Israel’s promised dominance can be illustrated in two areas. For decades, Israel has enjoyed superior intelligence, firepower and air power compared to its enemies.

However, Israel’s military edge over her enemies has reached a new level, as demonstrated clearly both in the most recent round of hostilities against the Iranian proxy terror group Islamic Jihad in Gaza and the previous one with Hamas just over a year ago.

Israel has become a surveillance superpower. Israel is watching and listening; even to apps and channels its enemies think are encrypted. Israeli security services can track and locate nearly any device at any time.

During the 11-day “Operation Guardian of the Walls” in May 2021, Israel was able to continuously generate new targets in the middle of the fighting, in a manner beyond the scope and abilities of any human intelligence. Her secret source is the God of Israel as described in Zechariah 12:8 above.

The second component of Israel’s military dominance is pinpoint accuracy. If a target is in the dining room of an apartment on the fourth floor of a 10-story building, Israel can put a missile through the window of the room at the precise second it’s needed.

On multiple occasions during the recent three-day operation, where Israel took out 127 Islamic Jihad military infrastructure targets, Israel delayed a strike due to children identified playing in the area, waiting to fire until civilians were clear of the target area.

It was also these enhanced capabilities that led the international community to pressure Israel to slam the brakes on its operation against Hamas last May, and that led Israel to agree to a quick ceasefire earlier this month.

It was Hamas’s own firsthand knowledge of these capabilities–and the threat of losing its entire command echelon–that deterred Hamas, Gaza’s largest terror faction and governing agency, from entering the latest round of hostilities with their partner in crime, the Islamic Jihad terror group.

In the Middle East, only tiny Israel has demonstrated this deadly accuracy. Do you know how? The God of Abraham, Isaac and Jacob has anointed and blessed them since 1948 in order to have whatever is necessary to remain and thrive for His glory.

God has a plan and purpose is to redeem the remnant of Israel by refining them through the fires of war and the Tribulation Period (Zech. 13:8-9). In order to bring them to the point of salvation, God needs to supernaturally preserve them AGAINST ALL ODDS! 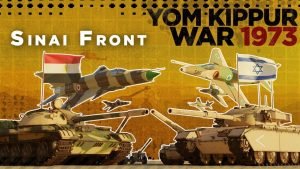 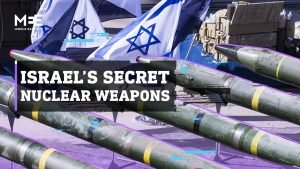