A Political Party’s unabashed support of evil: Can a political party get darker and more calloused? 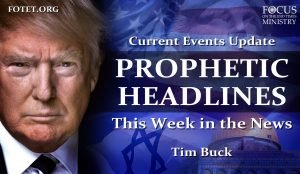