7 DAYS LEFT!!! What’s God Doing In America? Biden or Trump? Preparing For The Next 7 Days! Time To Pray!

Joe Biden is scheduled to become the 46th POTUS in 7 days. Will Trump remain President? Here are the options we face in the next 7 days. 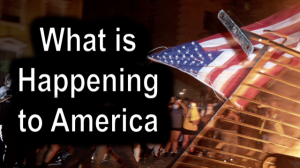 Preparing For The Next 7 Days!

In the next few days the United States of America will turn either hard left or hard right. Either President Trump will surrender and hand over our government’s executive power to the Democrats and leftists or he will reveal the biggest sting operation in history.

As we witness the many things that are happening, we need to be asking the LORD for mercy upon our nation.

Only God knows the future and He has set a plan in place before the world was formed for America and with 7 days until January 20 it’s time to pray and place our confidence in his will to be done and for His mercy to be upon our nation.

Blessed be the name of God forever and ever, For wisdom and might are His. He changes the times and the seasons; He removes kings and raises up kings; He gives wisdom to the wise and knowledge to those who have understanding. Daniel 2:20-21

The ramifications for God’s decision to our country and for believers is huge and this article recaps the possibilities of both directions. One way or the other, we should have a more clear picture of the direction the Lord is taking America by January 21.

The fear of the LORD is to hate evil. Pride and arrogance and the evil way and the perverted mouth, I hate. Counsel is Mine and sound wisdom, understanding and power is Mine. By Me kings reign, and rulers decree justice. By Me princes rule, and nobles, who judge rightly. I love those who love Me; And those who diligently seek Me will find me. Prov. 8:13-17

There are only two things that can happen in the next 7 days. Either Joe Biden will be installed as President of the United States or President Trump will remain in office.

If Biden is given the power of the U.S. Presidency, he has already shown where he will take the country. The Clintons, Obamas, Comeys, etc., will be back in power.

The ungodly LGBTQ agenda will be a priority. Biden has said he will tear down the Mexico border wall that Trump has built and repeal Trump’s ban on refugees from the most radical Muslim nations of the world. Abortion will be hailed as a righteous act for all women up to and even after 9 months.

Like they are already doing in China, the leftists are considering making your social decisions part of your credit score. If you are a conservative and post anti-abortion support on social media (like me), it will cause your credit score to go down.

As Believers, we pretty much know where the Biden-Harris Administration will end up. Thankfully, the Rapture comes before Satan gets unfettered control of the earth!

There’s a high possibility the Biden Administration will come after Christians, conservatives and Trump supporters with a vengeance. Biden is not even in office and they are making plans to penalize anyone who supported Trump. Facebook and Twitter have stepped up their censorship with Twitter removing 70,000 accounts since last Friday.

A Biden Administration couldn’t afford for President Trump to leave office with even a shred of credibility. That’s why there’s such a rush for another Impeachment. Otherwise Trump might have a future impact to slow their agenda, so they will come after him, his family, his businesses, and any Representatives or Senators who backed him. US House votes to impeach Donald Trump a 2nd time — a first in American history.

The other possibility is that President Trump retains power. Many are aware of this possibility, but no one knows what might be going on at this moment behind the scenes. Therefore, I will try to briefly summarize, in case it’s true.

According to people who purport to have inside information, President Trump has massive evidence of individuals and nations who tried to overthrow his administration, not to mention the sham election.

This evidence has been compiled surreptitiously over the last four years. Since 9/11 the government has been able to record every digital transaction on supercomputers. So all the evil, all the illicit monetary transactions, everything, can be accessed and used as evidence.

President Trump has been meeting with his military leaders to draw up plans for draining the swamp of the evil that has engulfed our nation.

To legally trap those committing treason, President Trump had to first exhaust all of his options in all the courts and states, etc. Only then could he use his constitutional powers to expose and arrest those who are in cahoots with foreign governments.

This could be why Biden and Big Tech are so eager to get rid of him, cancelling his Facebook and Twitter accounts and even trying impeachment seven days before he leaves office.

According to what I’m being told (again, I do not know any of this as fact), President Trump would use the National Emergency Broadcast Network to communicate what he is doing. ABC, CBS, NBC, FOX, PBS and local news affiliates will be forced to air the broadcasts or lose their FCC licenses.

Trump’s proclamation would probably be a state of emergency or lock down for days or weeks to freeze communications in order to arrest the thousands of people who are involved with supporting the foreign government espionage.

This of course means the internet could/would be shut down, and since the opposition will erupt, the possibility of riots, rolling electrical blackouts and curfews would need to be put in place.

All this would need to begin taking place before January 20. If it is true, common sense tells me it would begin soon.

There is also the very real possibility that Deep-State Leftists have distributed all the above Trump conspiracy info in order to find and track their opposition. The idea is that once Biden is in office, they will round up the “agitators” and charge them (me for example) with insurrection.

For years I’ve pointed out America is absent in bible prophecy and missing in the end-times showing that at some point she will face a sharp decline so great that it removes America’s influential role in the world.

One of the reasons for removing America is so Israel will be forced to stand alone against Antichrist. That puts Israel in a more vulnerable position in the Tribulation making her only option to cry out to the Lord. God’s amazing plan works and we see this scene playing out in Zech. 12:10-14.

Since 9/11 God has been speaking to America through a variety of voices and events and has been alerting the nation to its sins and gross immorality and calling it to repentance. Unfortunately, the nation has turned a deaf ear to God’s voice and His many calls to repentance and to the remedial judgments He has sent (Often concluding after God sends out a natural disaster as a wake-up call, that it’s caused by Climate Change).

Instead of repentance, America has increased its appetite for sin, expanded more opportunities to engage in sin, passed laws to approve sin as normal and finally in 2020 they enshrined their immorality into their political platform as policy.

This has led me to consider that Joe Biden could very possibly be God’s answer to America’s hardened heart. God often rewards countries that refuse to obey Him with ungodly leaders which then brings God’s judgment.

America has been pushing God out of our country for 1/2 a century and it has worsened every decade. In dramatic fashion, her wicked heart has been on display for all the world to see over the last four years in hatred and resistance for the Pro-Christian, Pro-Israel, Pro-America and Pro-Life policies of President Trump. How can God continue to bless a nation that so vehemently hates righteousness? So it’s very possible God has taken President Trump away and has given America Joe Biden. That’s who they deserve just as God rewarded Israel in Psalms 81:12:

So I gave them over to their stubborn hearts to follow their own devices.

Prophetically speaking, a dramatic Biden turn of events that is possible next week would signal the start of America’s prophetic decline which aligns with prophecy and that America is missing in the last days. As such, an ungodly, corrupt, Biden administration is just another harbinger of the soon return of the Lord.

Regardless of how the 2020 election plays out, scripture is clear that when the dust settles the President of the United States of America will be placed there by God and is not some human error that slipped past God without Him seeing it coming:

Then God removed Saul and made David their king… — Acts 13:22

No one… can exalt themselves. It is God who judges: He brings one down, he exalts another. — Psalms 75:6-7

…the Most High has power over human kingdoms. He gives them to whomever he wishes. — Daniel 4:17

Thus far, 2021 has been surrounded by uncertainty but God is always faithful to provide what we need to endure and overcome this world (Jn. 16:33).

Right now, we need to buckle our seat belts for the week ahead but continue to press on, not with an earthly, political perspective but by capturing our bright future in the wonderful name of Jesus remembering God is still on the throne, Jesus is coming down, we are going up and our best days are yet to come!

I’ve been praying and seeking the Lord about sending this out. I believe if nothing else, Believers need to be aware of the possibilities to make good decisions.

I don’t know who will be inaugurated next Wednesday on the 20th. I would prefer President Trump, but it’s obviously God’s decision.

Every person is to be in subjection to the governing authorities. For there is no authority except from God, and those which exist are established by God. Romans 13:1

And most of all, your prayers will be needed for our country regardless of who is President.

…The effective prayer of a righteous man can accomplish much. James 5:16

Lastly, our protection and victories come from God, not guns or government. Never forget that!

The horse is prepared for the day of battle, but victory belongs to the LORD. Prov. 21:31

So, our prayer is for the Lord’s Will to be done and for us to respond in a Christ-like way, regardless of how this plays out.

A PRAYER FOR AMERICA

“You are the Source of our confidence in all things. You have set a plan in place for this nation and You alone know its future. We watch in awe as You work through people and events.

As we witness the many things that are happening, we ask for Your mercy upon our nation. Be the Guide for Your people and keep hearts open to Your leading as decisions are made that will impact our lives and country.

We pray your HOLY SPIRIT be upon us and “THY WILL BE DONE” for our nation and for our leaders, over the pandemic, about jobs, about divisions in our country, and Your choice for President. We ask you to intercede for us and to open ourselves to Your will. Thank you for hearing us and never forsaking us as we ask in Jesus’ Holy Name, Amen.” 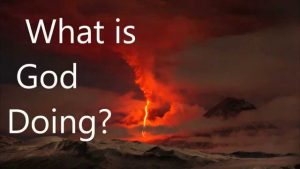